An effigy of the Iraqi dictator, Saddam Hussein, was erected West Bank city of Qalqiliya.

Hussein was a supporter of the Palestinian nationalist movement. He also applauded the terroristic efforts of those in the movement against the state of Israel as he was known to personally thank families of suicide bombers.

Further, the Iraqi government transferred more than $10,000,000 to the families of dead terrorists in just a two-year span. He also fired several dozen Scud missiles at Israel during the 1991 Gulf War. He was toppled in the U.S.-led invasion of Iraq in 2003 and executed three years later. 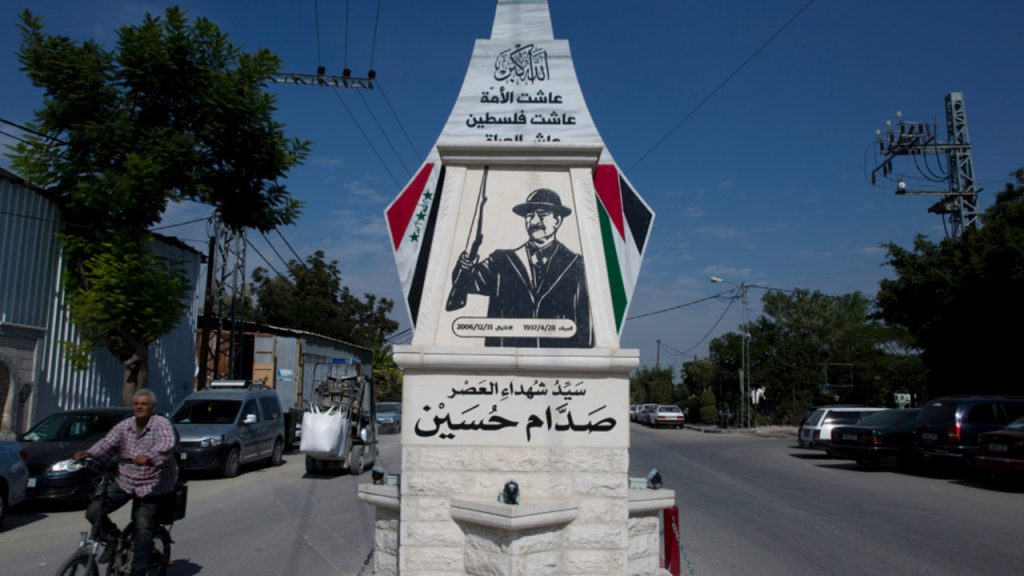 A small faction called the Arab Liberation Front built the structure, but the city’s governor, a member of the ruling Fatah movement, was among those in attendance at last week’s opening ceremony.

During his time in power and under his leadership, Iraq was declared one of seven nations as a sponsor of terrorism by the State Department and the dictator himself was well-known and celebrated by those same people for his brutalizing nature.

As reported by Jack Heretik for Free Beacon:

The monument, revealed in a ceremony last week, depicts Hussein in a bowler hat pointing a rifle in the air, while flanked by the Iraqi and Palestinian flags, the Associated Press reported Monday.

The Arab Liberation Front, a Palestinian group belonging to the Palestine Liberation Organization with previous ties to Hussein, built the structure, as it has in several other Palestinian towns.

“Saddam was an emblem of heroism, honor, originality, and defiance,” Rawajbeh said during the event, which featured speeches in praise of Hussein.