Twitter user TheLastRefuge2 has compiled a very insane thread which potentially showcases the far-reaching restraints that law enforcement officials have turned to. Covering up crimes, turning the other cheek, and, according to this thread, potentially hiding evidence.

This is the cost of a social justice warrior society.

2. I spent about 18 months in 2012, 2013 and 2014 investigating Broward and Miami-Dade school policies and how those policies transfer to law enforcement practices.

3. My interest was initially accidental. I discovered an untold story of massive scale and consequence as a result of initial research into Trayvon Martin and his High School life.

5. The motive was simple. The school system administrators wanted to “improve their statistics” and gain state and federal grant money for improvements therein.

6. So police officials, the very highest officials of law enforcement (Sheriff and Police Chiefs), entered into a plan. 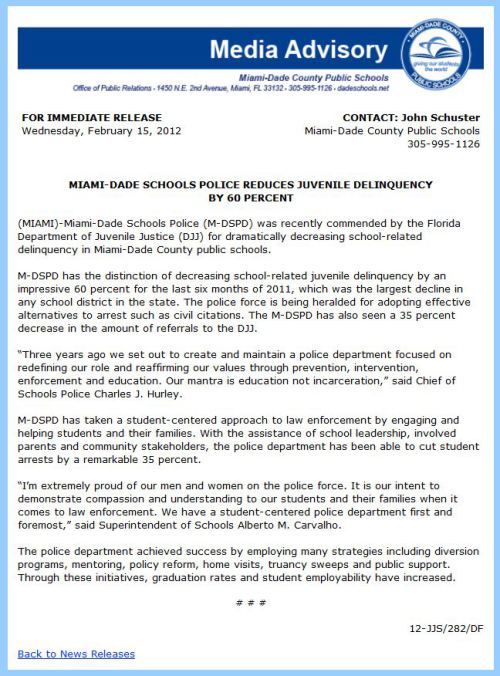 7. As soon as Miami-Dade began to receive the benefits (political and financial) from the scheme, Broward County joined on. The approach in Broward was identical to the approach in Miami-Dade. Link.

8. It’s important to remember, this was not an arbitrary change – this was a well-planned fundamental shift in the entire dynamic of how teenagers would be treated when they engaged in criminal conduct. Link.

9. The primary problem was the policy conflicted with laws, and over time the policy began to create outcomes where illegal behavior by students was essentially unchecked by law enforcement. Link.

10. Initially, the police were excusing misdemeanor behaviors. However, it didn’t take long for felonies, even violent felonies (armed robberies, assaults and worse) were being excused.

11. The need to continue lowering the arrests year-over-year meant that increasingly more severe unlawful behavior had to be ignored. Over time even the most severe of unlawful conduct was being filtered by responding police.

12. We found out about it when six cops blew the whistle on severe criminal conduct they were being instructed to hide. The sheriff and police Chiefs were telling street cops and school cops to ignore ever worsening criminal conduct.

13. The police were in a bind. They were encountering evidence of criminal conduct and yet they had to hide the conduct. There were examples of burglary and robbery where the police had to hide the recovered evidence in order to let the kids get away without reports.

16. They couldn’t get the stuff back to the victim because that would mean the police would have to explain how they took custody of it. So they just hid it. To prove this was happening one of the officers told me where to look, and who the victim was.

17. At first, I didn’t believe them. However, after getting information from detectives, cross-referencing police reports, and looking at the “found merchandise”, I realized they were telling the truth.

18. A massive internal investigation took place and the results were buried. Participating in the cover-up were people in the media who were connected to the entire political apparatus.

19. The sheriff and police chief could always deny the violent acts (assaults, rapes, beatings etc.) were being ignored; that’s why the good guys in the police dept gave the evidence of the stolen merchandise. That physical evidence couldn’t be ignored and proved the scheme.

20. From 2012 through 2018 it only got worse. In Broward and Miami-Dade it is almost impossible for a student to get arrested. The staff within the upper levels of LEO keep track of arrests and when a certain number is reached all else is excused.

21. Well, it didn’t take long for criminal gangs in Broward and Miami-Dade to realize the benefit of using students for their criminal activities. After all, the kids would be let go… so organized crime became easier to get away with if they enlisted high-school kids.

22. As criminals became more adept at the timing within the offices of the officials, they timed their biggest crimes to happen after the monthly maximum arrest quota was made.

23. The most serious of armed robberies etc. were timed for later in the month or quarter. The really serious crimes were timed in the latter phases of the data collection periods. This way the student criminals were almost guaranteed to get away with it.

24. Now. You can see how that entire process gets worse over time. Present corruption (the need to hide the policy) expands in direct relationship to the corruption before it. This is where the School Police come into play.

25. Understanding the risk behind the scheme, it became increasingly important to put the best corrupt cops in the schools. *BEST* as in *SMARTEST*. Those SRO’s became the ones who were best at hiding the unlawful conduct.

26. Again, over time, the most corrupt police officers within the system became the police inside the schools. These officers were those who are best skilled at identifying the political objectives and instructions.

27. Those “School Cops” also have special privileges. It’s a great gig. They get free “on campus” housing close to the schools they are assigned to etc. They’re crooked as hell and the criminal kids how just how to play them. It’s a game. Also an open secret.

28. A lot of it came out during an earlier *internal affairs* investigation. Unfortunately, the behavior never changed because the politics never changed. It’s still going on: 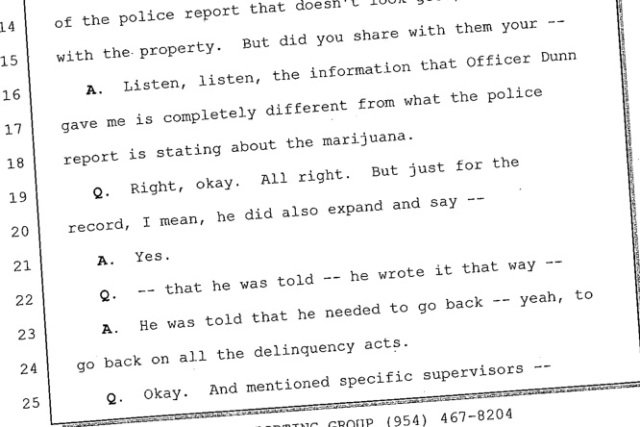 29. For years this has been happening and no-one cared. Crimes happen; students excused; victims ignored; etc. The Broward County School and Law Enforcement system are designed to flow exactly this way. It’s politics.

30. Only then a Parkland school shooting happened. For Broward County Sheriff Scott Israel this had to be an “oh shit” moment; but not for the reasons the media initially thought. If people start digging, they’ll discover the shooter was one of those previously excused students

32. Follow a simple timeline: 2011/2012 Broward County School administration made a policy decision to block the arrests of students in order to improve their education statistics. Link.

36. I will give testimony, provide names, outline dates, and give all prior records to any lawyer for use in a wrongful death lawsuit – so long as their intent would be to financially ruin the entire system and personally bankrupt the participants.

Now the story behind this tweet from Jake Tapper will make more sense:

This is horrific. “In November, a tipster called BSO to say Cruz ‘could be a school shooter in the making’ but deputies did not write up a report on that warning. It came just weeks after a relative called urging BSO to seize his weapons.” https://t.co/3gtwGPl6bo