CAUGHT! Mueller Lied to Grand Jury When He Indicted a Company That Didn’t Exist

If you needed any more proof that Robert Mueller and his team of NeverTrumpers are corrupt, you are about to get it.

Mueller indicted three companies and 13 individuals for election tampering. One of the companies that Mueller indicted is Concord Management and Consulting. Mueller never expected them to show up in court. He went into panic mode and tried to postpone the trial, which will be an embarrassment to him because he either lacks sufficient evidence or any evidence at all. The judge asked Concord\’s lawyers if they were also representing Concord catering. The lawyer told him no because the company didn\’t exist until after the time period Mueller claimed they were active.

The way a grand jury operates is simple… A prosecutor lays out evidence against an individual or a group and the grand jury votes on whether they think the evidence is sufficient. In this case, the prosecution had to have lied because the company didn\’t exist. The explanation could be because of the lawyer Mueller selected.

The Mueller crooks and far left hacks were embarrassed again!

A week ago Friday at a hearing on this same case, Mueller’s team asked for the case to be delayed.  The judge politely declined and the initial hearing on the case was held on Wednesday.   Mueller’s team is represented by former Clinton Foundation attorney, Jeannie Rhee.  CNN applauded Rhee for being on the Mueller team while ignoring her and the entire team’s conflicts of interest –
Rhee represented Democratic nominee Hillary Clinton in a lawsuit about her private emails, and she also represented the Clinton Foundation in a civil racketeering case that was later dismissed. 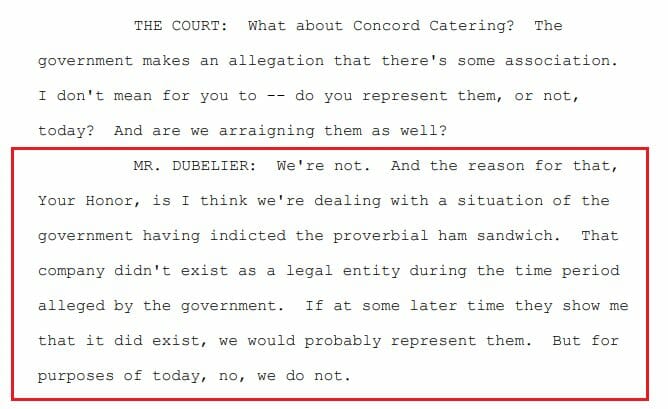 Is there a level that Mueller will not stoop to? Apparently not.