One thing you can say about liberals, they don’t lack chutzpah. John Kerry’s spokesman has admitted that Kerry is in violation of the Logan Act, which can also be tried as treason.

But then he tries to pass it off like it’s something that every former Secretary of State does but in truth they do not because quite frankly it’s illegal. The most troublesome issue for Kerry is that he has been carrying out negotiations with Iran and blasted Israel right after meeting with Iranian Foreign Minister Javad Zarif. Iran is a hostile nation and since Obama is no longer in the White House, the US policy is no longer anti-Semitic.

The Boston Herald has called for a full investigation into Kerry’s actions:

If special counsel Bob Mueller is truly interested in investigating people who are colluding with nefarious foreign powers to undermine U.S. interests, John Kerry should be Target No. 1 for secretly meeting with Iran’s foreign minister, Javad Zarif, and other foreign officials in recent weeks to usurp U.S foreign policy.

It’s a role that as a private citizen, Kerry has no mandate or authority to pursue.

What we need is an active Attorney general who not only pays lip service to uphold the law but actually follows his own words. This is the Deep State at it’s worst and needs to be dealt with severely.

Here is the statement from Kerry’s spokesman: 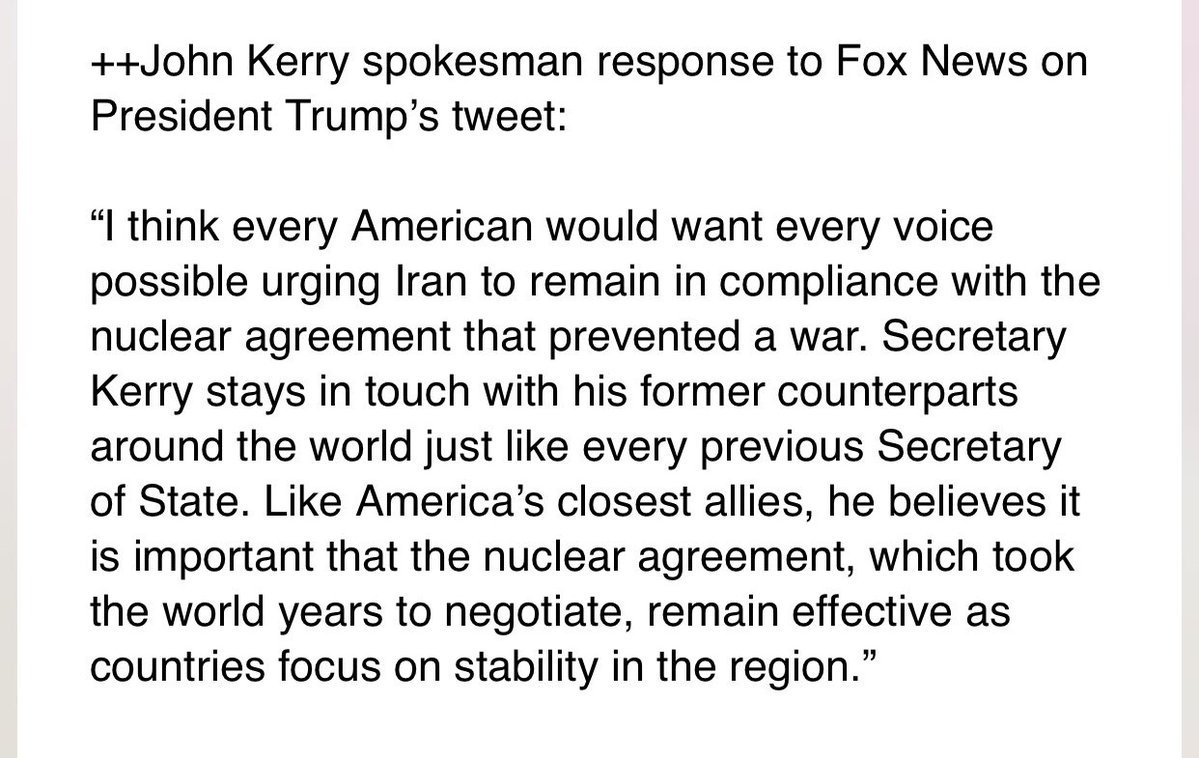 This is not true. If the American people wanted a liberal like John Kerry negotiating for the country, they would have elected Hillary.