But this is not the first time American gun owners were under attack. It was tried once before and the government paid a heavy price for it.

The date was April 19th, 1775. The British found out that colonists had a cannon and a stash of weapons hidden Concord, Massachusetts. Troops marched out of Boston and were on their way to Concord. Minutemen met them in the Lexington town square and the colonists suffered 14 casualties and the British none.

On the hill just above the town square was a church and in the belfry of that church was a bell, which they rang to warn of the coming of British troops.

The sound of the bell could be heard for miles because the valley was mostly farmlands and there was nothing to disrupt the sound.

About 400 colonists had gathered on the hill above Concord. When they saw smoke coming from town, they assumed the British were torching the town and they made their way down into the valley, where they met a group of British soldiers going to Colonel Barnett’s farm to seize the weapons hidden there.

With the British on one side of the North Bridge over the Concord River and the colonists on the other, they began to engage.

It was here that the first two British soldiers were killed and it became known as “The Shot Heard Around the World”. 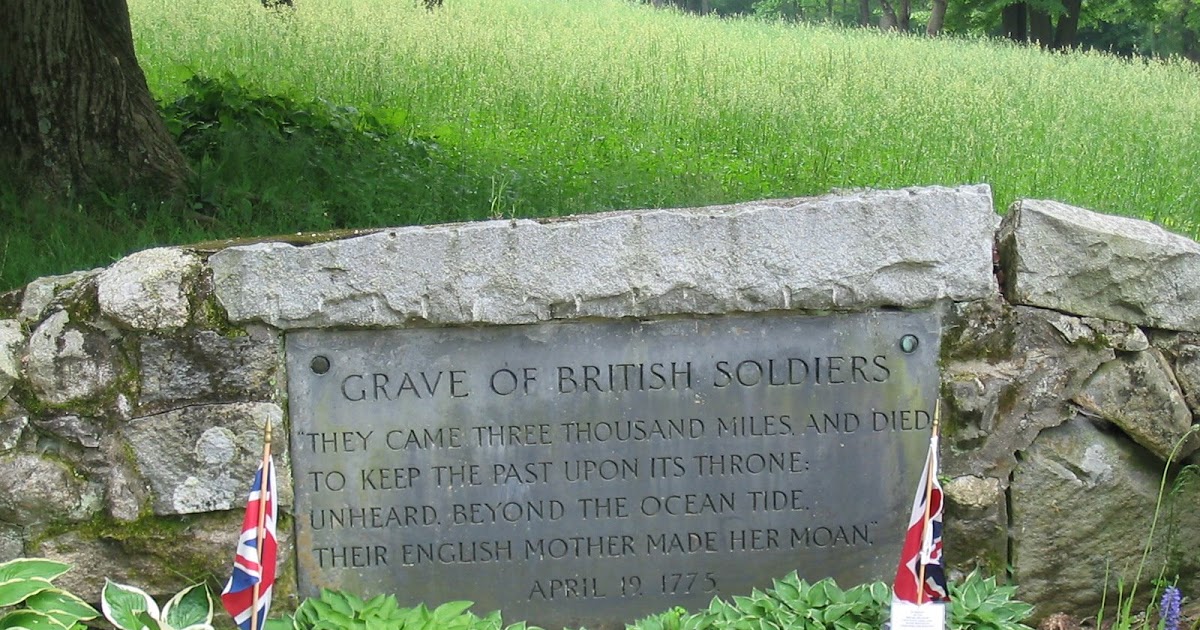 The colonists held and the British had to leave without the weapons. The British quit Concord and made their way back to Lexington hoping to hook up with the reinforcements out of Boston and to form a line to battle the colonists in the open ground.

But the colonists learned the value of fighting from behind rocks and trees from the Indians and they would strike the British then break and set up the next ambush.

The Minutemen chased the British all the way back to Boston, where the troops were under the protection of British ships in Charleston Harbor and their cannons.

Here are the casualty lists for that battle:

The war lasted for eight long years and in the end, American became a free nation. It was this experience that led to the Second Amendment.