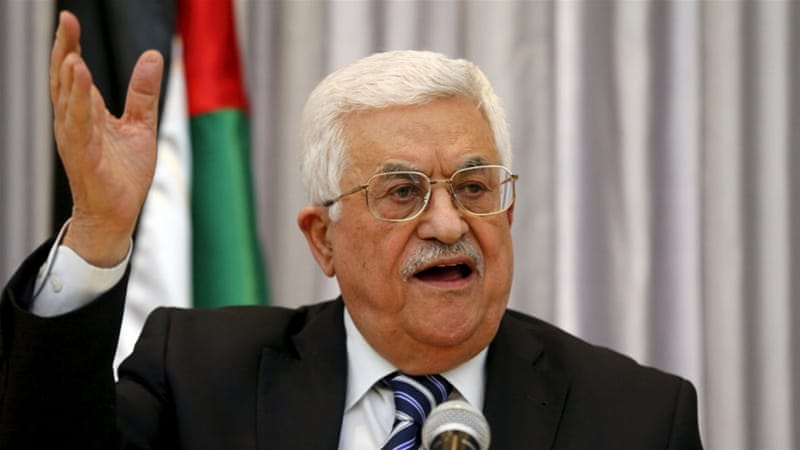 Who says Palestinian terrorists don’t have a sense of humor?

Mahmoud Abbas makes the claim that President Trump is trampling on the Palestinian’s “Culture of Peace”.

Maybe if you overlook thousands of missiles, endless suicide attacks and tunneling into Israel as peaceful moves.

But otherwise, they are just a joke.

He claims that the United States did not add Jerusalem, refugees, borders, settlements, and security, and took steps that violate international legitimacy in their peace plan.

He wants a mixture of Arab and European officials to head the peace talks.

So nations that want to see Israel disappear and European leaders who cower before terrorists.

What could go wrong with that for Israel?

Speaking at a press conference with German Chancellor Angela Merkel on Thursday, Abbas said that the U.S. administration “removed from the negotiating table the issue of Jerusalem, refugees, borders, settlements and security, and took steps that violate international legitimacy.”

“Therefore we demand that negotiations fall under an international umbrella” composed of a quartet of European states and Arab states to guide talks between Israelis and Palestinians, Abbas said, according to the German Deutche Welle daily.

“The Palestinian Authority continues to build national institutions, spread the culture of peace and fight terrorism in the region and around the world,” he declared.

The Palestinian leader called for full international sponsorship of peace negotiations with Israel in accordance with UN Security Council resolutions and for European nations to officially recognize “Palestine.” Doing so, he claimed, would not preclude peace talks with Israel and would “send a message of hope and promote the end of the Israeli occupation.”

The Palestinians “appreciate Chancellor Merkel’s efforts to create multilateral cooperation aside from unilateral solutions to create stability and peace in the world,” he said.

This after Abbas has refused to come to the bargaining table and rejected numerous Israeli overtures.