The American worker took a terrible drubbing during the Obama years, with manufacturing jobs disappearing before our very eyes. And what was Obama’s answer? He said that manufacturing jobs were never coming back and he asked what magic wand did Trump have?

“When somebody says like the person you just mentioned who I’m not going to advertise for, that he’s going to bring all these jobs back. Well how exactly are you going to do that? What are you going to do? There’s uh-uh no answer to it. He just says. “I’m going to negotiate a better deal.” Well how?

How exactly are you going to negotiate that? What magic wand do you have? And usually the answer is, he doesn’t have an answer.” 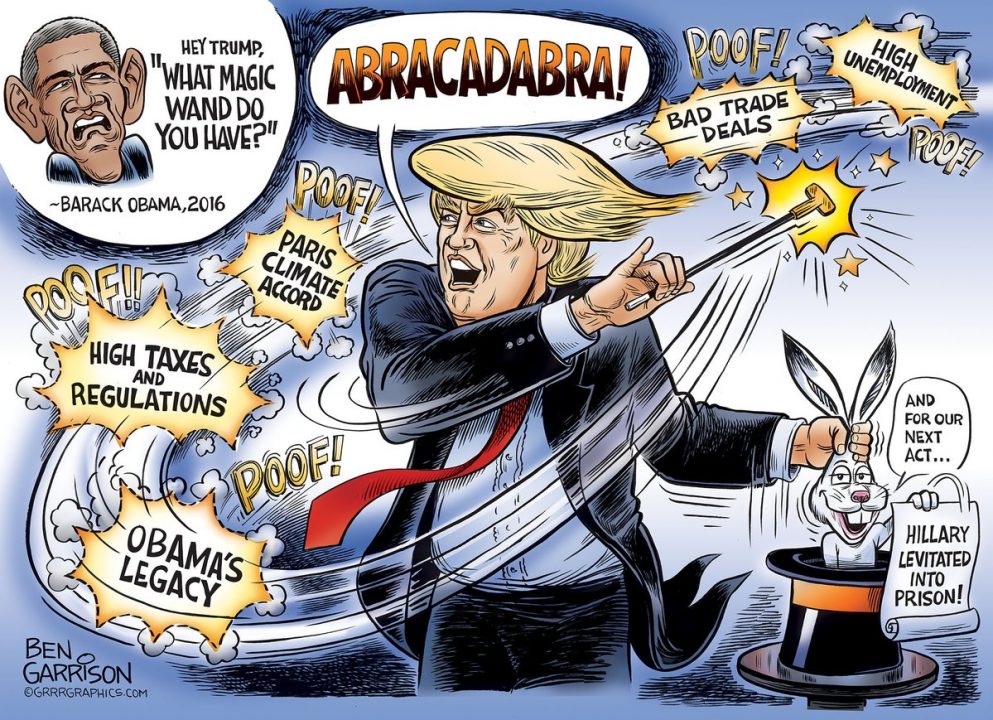 Manufacturing jobs in the United States increased by 32,000 in October and have now increased by 434,000 during the presidency of Donald Trump, according to data released today by the Bureau of Labor Statistics.

2018 is being called “THE YEAR OF THE WORKER” by Steve Moore, co-author of “Trumponomics.” It was indeed a great year for the American Worker with the “best job market in 50 years, and the lowest unemployment rate ever for blacks and Hispanics and all workers. Big wage gains.”