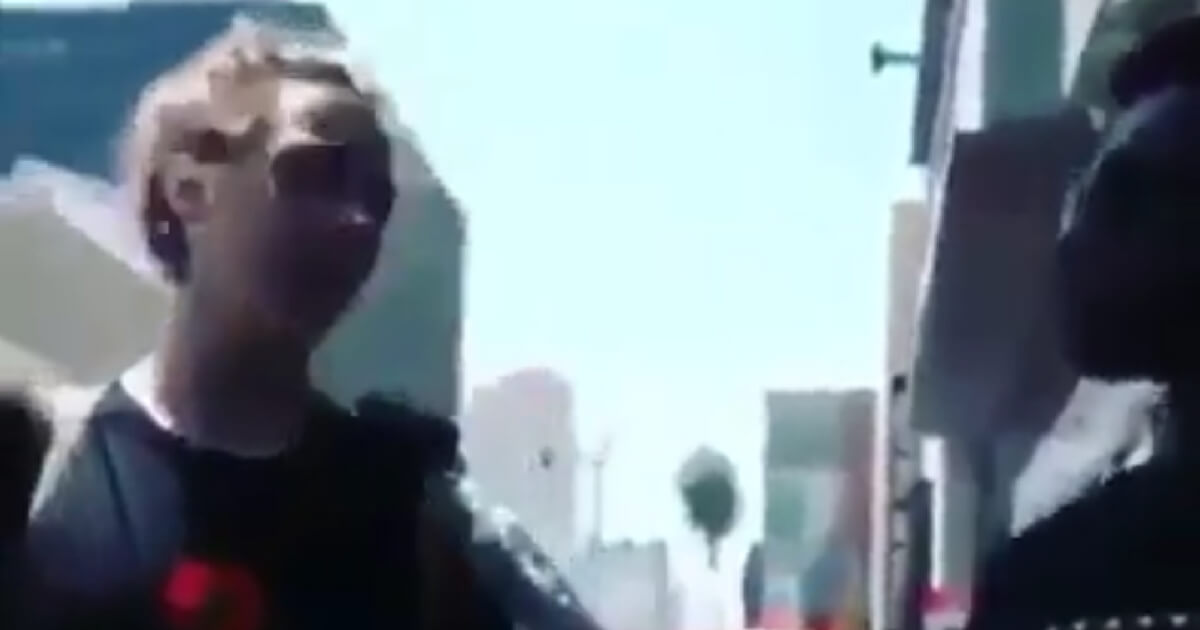 Whenever you see a young leftist radical, there is one thing you can be certain of. That’s the fact that they know lots of talking points and no facts. That’s because if they had real facts, they wouldn’t be leftists.

That was never more true than when a young black conservative talked with a young white and not nearly sober millennial. The millennial started off with the standard talking point that President Trump was a racist. From there, it was off to the races.

The video begins with the young millennial (who, it must be noted, doesn’t seem terribly sober) exclaiming about Trump: “He’s racist as f—, he’s a f—ing … dude.” (I don’t think he thinks Trump was a “dude,” merely using it as an exclamation.)

The conservative then asked the millennial if he could give an example of this.

“Bush did 9/11, f—ing like, can I give an example of like, how he’s racist?” the millennial said, turning into a stammering mess.

It’s almost like Alex Jones if he were anti-Trump and into Schedule I substances as opposed to Super Male Vitality. Anyway, yes, an example is what he asked for, but the conservative was willing to give him a prompt.

The millennial played around with his hair and rolled his eyes. “With his white privilege,” he stated.

“You know that the unemployment rate in the black community is the lowest it’s ever been under the Trump administration?” the conservative responded.

“More black people have jobs now than under President Obama,” he responded.

The millennial just shook his head.

“You know all the cities that black people suffer in the most are all Democratic cities?” the conservative continued.

“I didn’t know it,” the millennial responded.

And of course, he had a Starbucks iced coffee — with a plastic straw! J’accuse!

I don’t feel sorry for these young know-nothings. I feel sorry for their parents who invested so much time and money to raise their child and to send them to college, just to end up like this. To spend your whole life trying to ensure your child has a better life than you did and then to end up like this. It must be a grave disappointment, unless, of course, his mommy was a commie, in which case she must be beaming with pride.