During the Memorial Day weekend, “We Build the Wall”made a video of illegal aliens entering the country where the wall ends. That includes a group of suspected cartel members.

Democrats do their damnedest to take guns away from law-abiding Americans but they have no problem with armed illegal aliens. They even vote to make it illegal to deport illegal aliens who are arrested for crimes where guns are involved. Does that make sense you? Me either.

After Democrats refused to do anything about rampant illegal alien crossings,  founder and organizer Brian Kolfage received 260,000 donations for a total of $22 million dollars to build some other wall in a grassroots movement.

Two weeks ago and over the Memorial Day Weekend the “We Build the Wall” organization led by founder and organizer Brian Kolfage built their first major border wall section on the West Texas-New Mexico border on the side of Mount Cristo Rey.

Brian Kolfage and “We Build the Wall” raised over $20 million in private donations from over 260,000 individuals to build a border wall on the US southern border with Mexico. The GoFundMe page was launched after Democrat and Republican lawmakers refused to work with President Trump to secure the border.

Since this wall was built in Sunland Park near Mt. Cristo Rey there have been no crossings by illegal aliens in the once popular crossing area.

ZERO CROSSINGS! our high tech wall works. Where’s the lame ladders group who was building ladders to get over our wall?! LOSERS! ya lost!

Sunland park New Mexico is under siege from the Juarez cartel. We have video of armed cartel members walking around freely in their city and then walking back into Mexico! Releasing video tomorrow @brandondarby

BREAKING: we caught video of armed cartel member walking illegals into the USA. He’s packing a gun in waist, then walks back into Mexico captured in Sunland Park NM! It’s out of control! What is the city doing? NOTHING! @PeteHegseth @RyanAFournier @Rambobiggs @LouDobbs @DRUDGE pic.twitter.com/jbMxKZy7J2 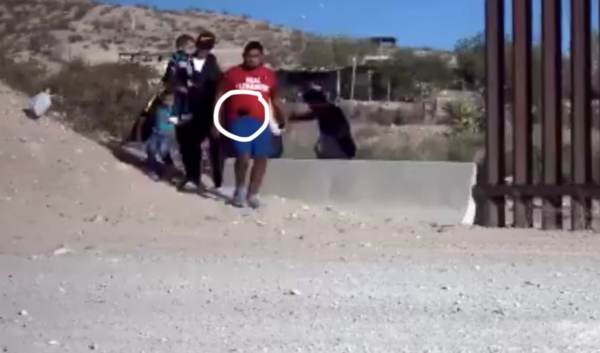