Anyone who really believes that Snopes is a legitimate fact-checking site probably voted for Alexandria Ocasio-Cortez. They are noted for verifying anything a left-wing site or person puts out there, but this time they have really outdone themselves.

They were fact-checking a viral meme on the internet, that showed president Trump with Republican lawmakers and others. Across the faces of many of the people was a red X, that supposedly were members of Congress who were voted out over their support for repealing Obamacare. One of those with an X was Centers for Medicare & Medicaid Services Administrator Seema Verma,  who was never a member of Congress.

To top it all off, weeks before Snopes ruled the meme as true, the one who posted the meme, Nicholas Kitchel, a former Hillary Clinton campaign staffer, had already taken it down after receiving so many corrections to the meme as to make it worthless.

Kitchel deleted his tweet and acknowledged that it was inaccurate after being mocked online.

Palma rated it “true” that “The Congressional seats of almost three dozen Republicans who voted to repeal Obamacare were lost to Democrats in 2018” — a different claim than what the picture alleged, much less its “primary” claim.

“In the meme, red ‘X’ marks were drawn through the faces of 33 lawmakers who purportedly were rejected by voters in the 6 November 2018 midterm elections,” Palma wrote.

Both that claim and Palma’s summary of it were inaccurate. 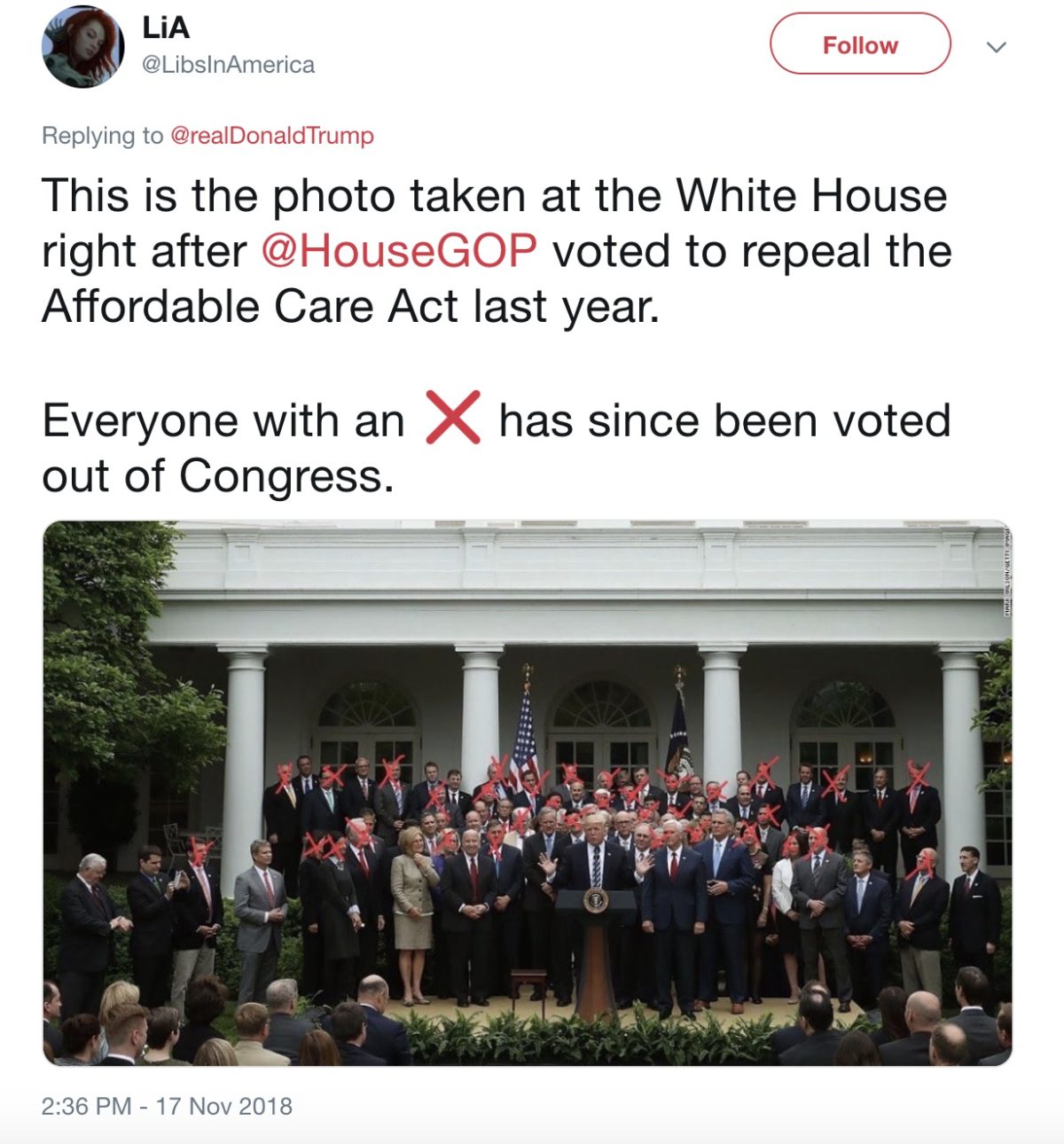 Lol at this dumb viral tweet full of inaccuracies. Aside from the many other wrong ones, he has an ‘X’ over Seema Verma’s face. She’s never even served in Congress ??‍♂️ https://t.co/mPXIbI4rj1

This is quite literally insane fake news.

Amazing. This photo illustration — posted by @nicholaskitchel — is actually more incorrect than correct.