Newly released text messages between Peter Strzok and Lisa Page reveals they were working a “Media Leak Strategy” ahead of applying for the FISA warrant against Carter Page. Just recently an FBI agent told a reporter about how they would leak a story to the press and then use that story to get a warrant. The FBI immediately came out and denied they do that kind of thing. But here it is, right in the text messages.

On Monday, Freedom Caucus Chairman and member of the House Oversight Committee Mark Meadows (R-NC) sent a letter to the DOJ, addressed to Deputy Attorney General Rod Rosenstein saying a “review of the new documents raises grave concerns regarding an apparent systemic culture of media leaking by high-ranking officials at the FBI and DOJ related to ongoing investigations,” reported Sara Carter. 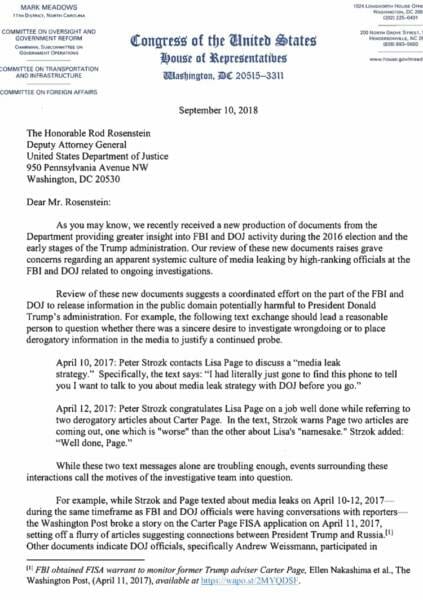 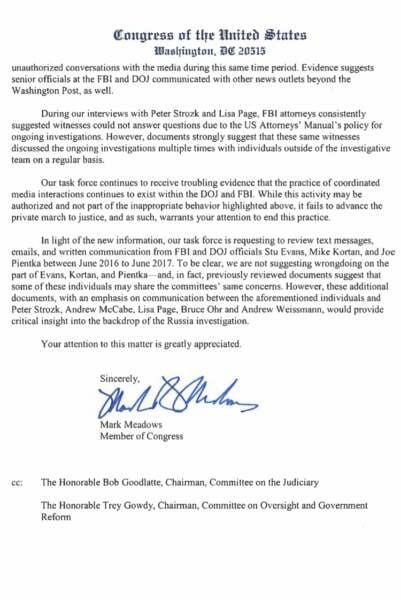 These texts also reveal the vulnerability of Rod Rosenstein in this plot. This is why he has refused to turn over documents.

He is up to his eyeballs in this criminal behavior.

The president is rumored to be getting to declassify documents. This could be all for Rosenstein.