One of the biggest lies today, which is championed by the Koch brothers is that we need to allow more legal immigration to maintain our workforce. Liberals agree with them.

But a recent study by the Center for Immigration Studies’ Steven Camarota shows that we could stop accepting immigrants for the next 40 years without impacting the workforce. But every time we allow a legal immigrant into the country, they take a job that could be held by an American. Americans shouldn’t have to compete with foreign labor in this country.

And the ones we do accept should be in areas where we have a shortage, like doctors and nurses.

The United States could suspend all legal immigration to the country for the next 40 years and maintain a workforce where there are still more than two U.S. workers for every one retiree, a new study finds.

The latest study by the Center for Immigration Studies’ Steven Camarota reveals that despite claims by the big business lobby, Wall St., and corporate executives that mass legal immigration is necessary to maintain a sizeable workforce, current legal immigration trends have little to no impact on the working-age population.

The workforce population is generally measured by the ratio showing the number of U.S. workers per every one retiree. Camerota’s research finds that if the U.S. implemented an immigration moratorium for the next 40 years, it would hardly have an impact on the number of workers per retirees.

For example, at current legal immigration levels where the U.S. imports more than 1.2 million legal immigrants a year — at the detriment of American workers’ job prospects and wages — the working-age population would decrease from 64.3 percent of the total population in 2017 to 59 percent in 2060. 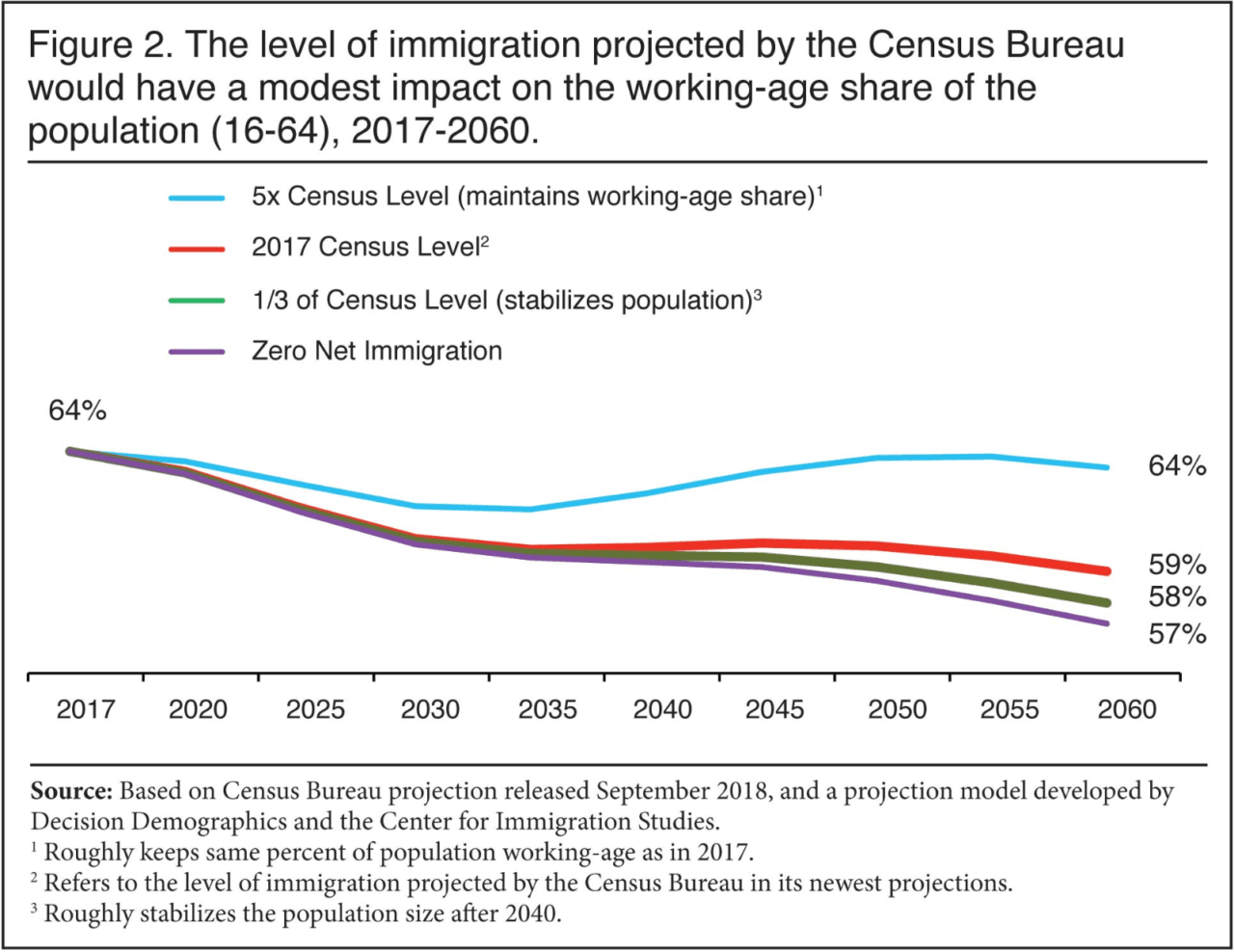 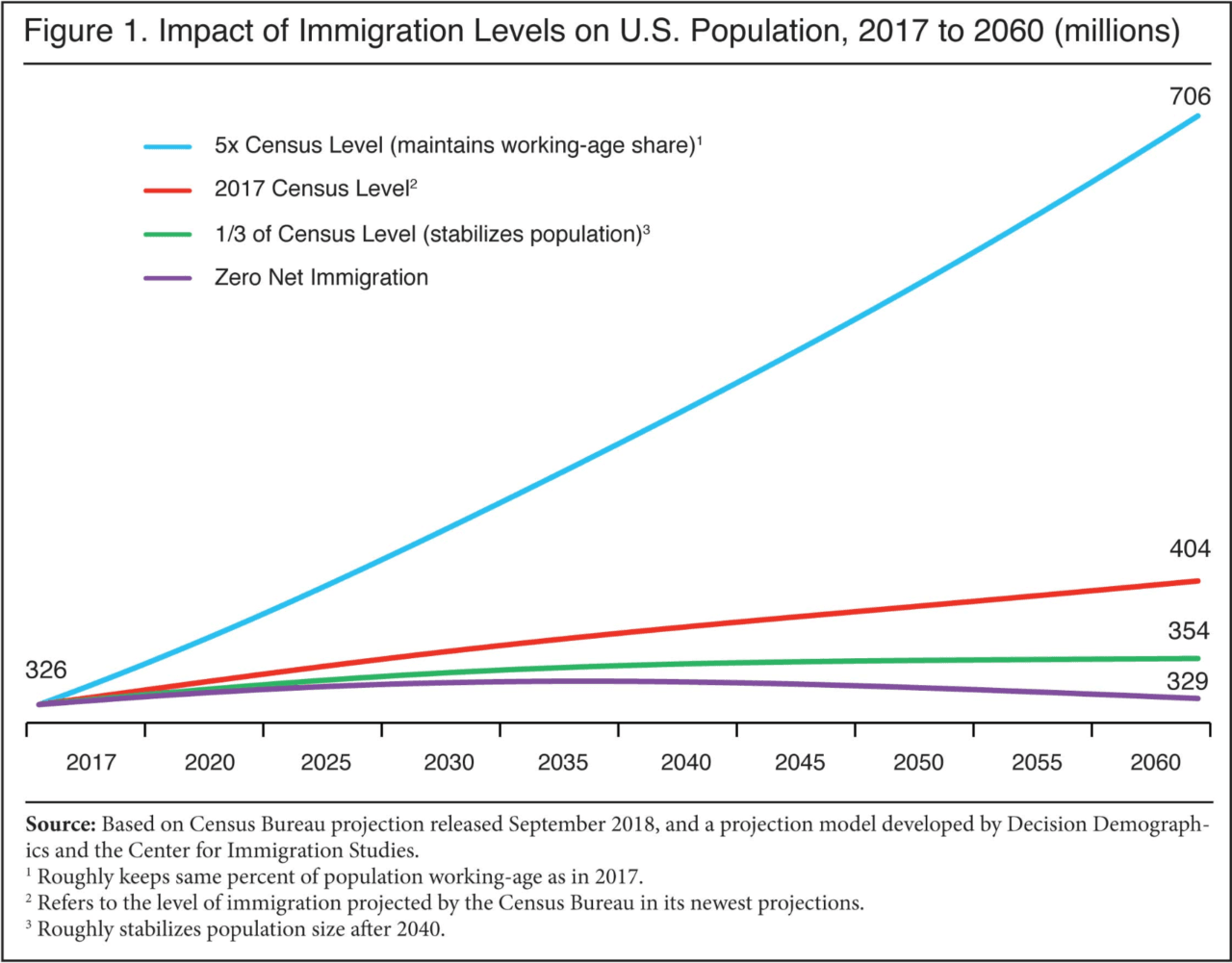