Just a magical phrase would have saved FBI Director James Comey the agony of being involved in the Hillary Clinton email server scandal. If he had only done his job and told Attorney General Loretta Lynch that whether Hillary should or should be indicted was her job, what a different situation he would be in. As it is, James Comey has been sucked under the Clinton scandal bus like so many that have gone before him. Before all this is over, there will be more careers and reputations flushed down the toilet as another sacrifice to the Clinton dynasty. 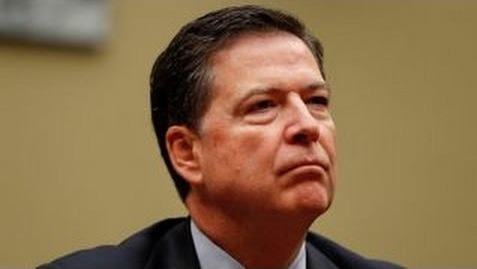 As Written by Clyde Ward for the American Thinker:

Sorry, but for a guy who has held down real jobs for decades, including at the Department of Defense, firing James Comey was a no-brainer.  But the political pundits on the subject haven’t benefited from their own brainlessness.

Charles Krauthammer proves himself incapable on anything Trump.  According to Krauthammer, Comey found himself in unprecedented circumstances during the election, in which he had to make up his own rules as he went along.

What law enforcement officer ever did that, outside North Korea or Inspector Clouseau?

According to Michael Barone at National Review, Comey’s antics were to exact political revenge on Loretta Lynch and ultimately Obama and Clinton for putting him into the untenable position Krauthammer posits.

This takes Inspector Clouseau to the level of Blazing Saddles.

All Comey had to do is say, “Ain’t my job!”  Do the investigation and hand the results to Attorney General  Loretta Lynch.  Let Lynch hang her political self by indicting Hillary Clinton or hang herself exonerating Hillary Clinton in that fabled court of public opinion.  It’s her noose either way.  That’s Lynch’s problem.