HUGE! Comey Knew Intel From Lynch Was Bad BEFORE He Used it

The New York Times essentially laid out the case on why Comey took such a visible role in the Emailgate investigation last year, eventually putting the presser on he gave when he accused Hillary of having been “extremely careless” in the handling of classified intel. A key piece of evidence, according to the New York Times, was a hacked document the FBI obtained in 2016 which contained a bombshell:

The document, which has been described as both a memo and an email, was written by a Democratic operative who expressed confidence that Ms. Lynch would keep the Clinton investigation from going too far, according to several former officials familiar with the document.

Read one way, it was standard Washington political chatter. Read another way, it suggested that a political operative might have insight into Ms. Lynch’s thinking…

If Ms. Lynch announced that the case was closed, and Russia leaked the document, Mr. Comey believed it would raise doubts about the independence of the investigation.

As written for HotAir.com by ALLAHPUNDIT: 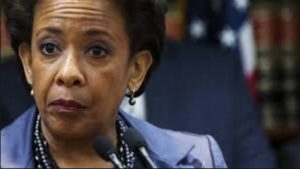 Was the document real or a Russian fake? And when exactly did the FBI obtain it? The next brick was laid a few days ago by WaPo, which reported that the Bureau had concluded that it was in fact Russian disinformation, not a real email. Supposedly the comment about Lynch suppressing the Emailgate probe was made by Debbie Wasserman Schultz in a message to someone who worked for one of George Soros’s organizations. Wasserman Schultz and the recipient insist that they don’t know each other and have never communicated, and by August, the FBI had concluded that the document was “unreliable.” Alas, that was too late for Comey, who’d given his infamous press conference a month earlier.

But now here comes CNN to lay the latest brick. WaPo is wrong, they claim: “Comey and FBI officials actually knew early on that this intelligence was indeed false,” before he gave his press conference. Allegedly, he kept that fact from Congress too:

In classified sessions with members of Congress several months ago, Comey described those emails in the Russian claim and expressed his concern that this Russian information could “drop” and that would undermine the Clinton investigation and the Justice Department in general, according to one government official.

Still, Comey did not let on to lawmakers that there were doubts about the veracity of the intelligence, according to sources familiar with the briefings. It is unclear why Comey was not more forthcoming in a classified setting.

Sources close to Comey tell CNN he felt that it didn’t matter if the information was accurate, because his big fear was that if the Russians released the information publicly, there would be no way for law enforcement and intelligence officials to discredit it without burning intelligence sources and methods.

I think Comey ended up concluding that there were no good options on how to handle the memo — a Comey specialty in all matters Hillary-related — but decided that as long as he was the decider on whether to charge Clinton or not, the DOJ would have an answer to charges of corruption if/when the fake Russian memo leaked. “Lynch tanked the FBI investigation!” Trump fans would have said, citing the memo. “Nonsense,” Comey would have replied. “She had nothing to do with it. It was my decision alone.” That’s why he gave the presser. The more that he became the public face of the decision on whether or not to charge, the less damage the memo would have done. Although it still would have done plenty. Which raises a question: Why didn’t the memo leak? The Russians could have caused major havoc during the final week of the election, the day after Comey sent his second letter announcing that no incriminating emails had been found on Anthony Weiner’s laptop, by leaking a fake “Lynch obstructed the Emailgate probe” email purportedly from Debbie Wasserman Schultz.