The Serial Lying of the Mainstream Media About Comey Just Got DEBUNKED!

When it comes to all things Donald Trump and now James Comey, the mainstream media has become a serial liar. In their hysteria, they will repeat each other’s fake news as if it were real. Here are eight items that you can refer to the next time that you hear them repeated. Do you ever wonder who is making this stuff up? And who does that feed it to? 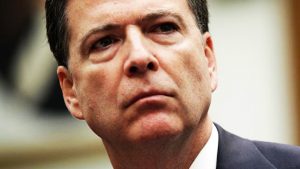 As Written By John Nolte for the Daily Wire:

The idea that anyone would ever again take anything our national media reports with anything close to seriousness absolutely baffles me. Even Leftists, who eventually have to stand there with “Hands up, don’t shoot” all over their smug faces, should maybe take a breath. There is just no question anymore that the entire infrastructure of our media is constructed by a proven mob of serial liars who only get worse, infinitely worse, when they believe there is blood in the water.

Well, now with the Comey firing, we are again being Golden Showered with such a torrent of fake news  it is almost impossible to keep up.

But I’ll still give it a try!

And that is not only a lie, that is a lie that originally came from an anonymous source. Moreover, I believe the media-at-large has known all along it was a lie, which is why a story based on an anonymous source got so much national, widespread traction so quickly.

The idea was to plant this dishonest seed in the minds of the public before it was debunked. Anyone who covers the Justice Department would have known the story was a lie because this is not how F.B.I. funding works.

THERE IS MORE KEEP READING HERE: