Some random lady decided it would a good idea to try and return her Christmas tree to the Costco where she bought it… on Jan. 4th, 2017… because it was DEAD! 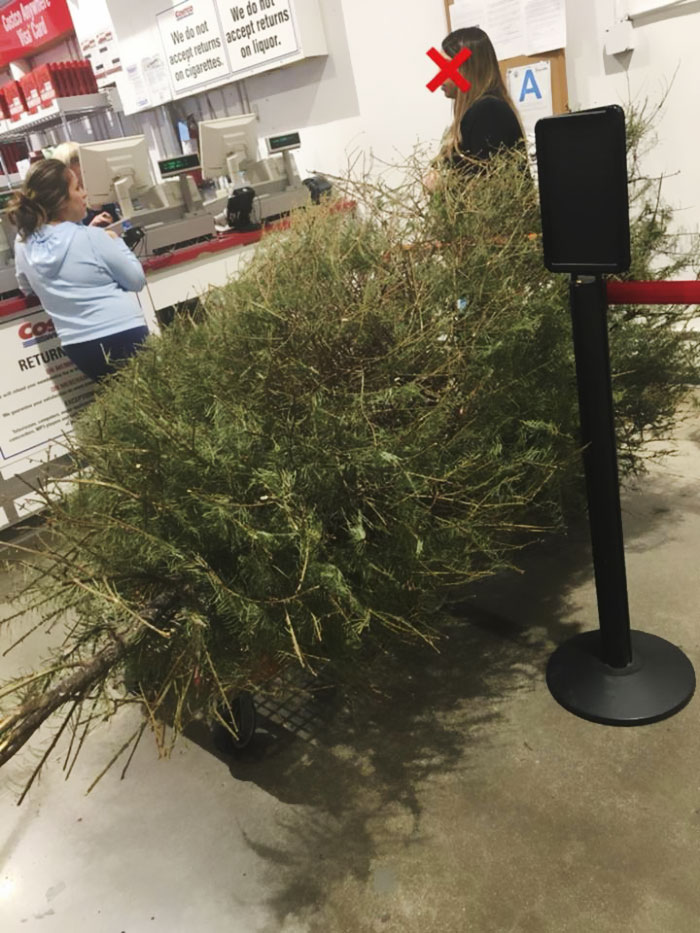 Posted on Facebook… the guy who captured the moment wrote:

“Woman in line at Costco, totally nonchalant, to return her Christmas Tree “because it is dead” on January 4th. I saw the Whole thing go down with my own two eyes about 30 minutes ago. If I didn’t see it, I Wouldn’t believe that Someone had so little moral values or lack of Conscience.”

“She did get the refund – not happily though. It was questioned, verified purchase on her account and she was shammed to a small degree… but I don’t think it fazed her because she has no conscience – she didn’t seem to mind that I took a photo and said “ARE YOU SERIOUS?!!!!” 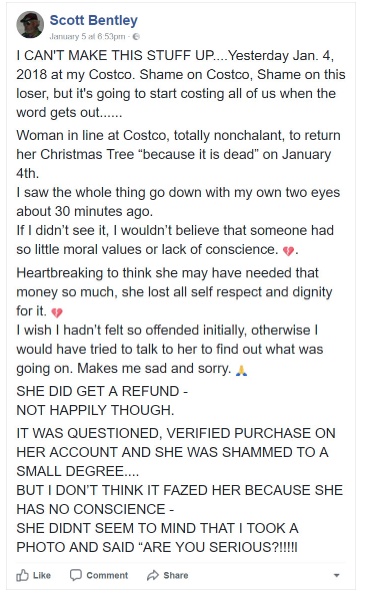 And the internet just WENT WILD! Here are a few choice picks that I could find!

“There is frugal, there is cheap… and then there is this brazen lady…”

“People like this are miserable. Seriously, how cheap can you be.“

“Sister works for Costco, can confirm. People do this all the time. They will even demand a refund without bringing back the tree!!”

“I Worked at a Store that took a return On an item that they never sold just to shut the idiot up and get him out of the place.”

“At Target in Florida after Irma people returned all the extra food they bought and we had to throw it away. It’s a food safety law.”

“As a Costco employee I’ve seen people try and succeed at returning 4-year old mattresses. We are way too d*mn lenient with our return policy”

“Used to work at a target, saw swimming pools come back every year near the end of summer.“

“Costco will accept literally anything. One of my friends returned a near 10 year old printer, no questions asked.“