And who says that is all she did? Lewandowski hinted that a photo album that was in the foyer may be missing. Lewandowski and his lawyer is holding New York Magazine for the intrusion they claim were sanctioned by the magazine.

From The Daily Mail

Lewandowski’s lawyers warn the magazine that the Republican operative is considering his legal recourse for the ’embarrassment and anxiety’ he suffered over the incident. DailyMail.com.

Nuzzi was working on a story about former White House Communications Director Hope Hicks, ultimately depicting Lewandowski on the magazine’s cover as being ‘out for blood.’

Following the episode, Lewandowski, 44, tweeted: ‘I haven’t seen my photo album that was in the foyer prior to this incident. Wonder where it could be. 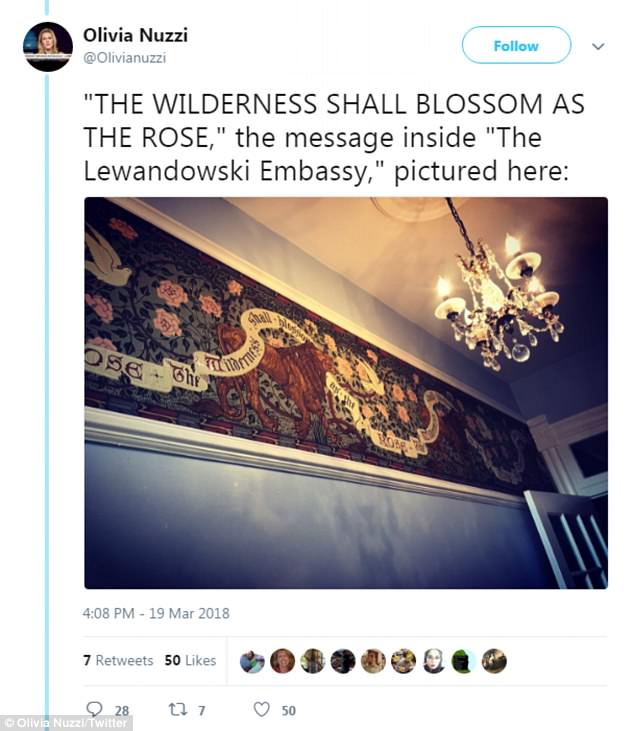 In her story for New York Magazine, Olivia Nuzzi describes the ornate wall hanging found just inside the townhome where Corey Lewandowski lives. In an interview with Columbia Journalism Review, Nuzzi cops to taking a picture of it upon entering the building by herself. 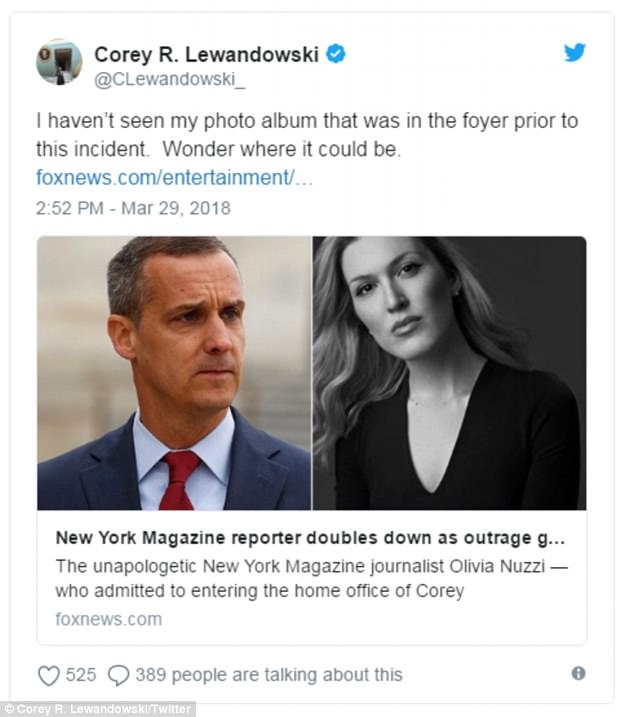 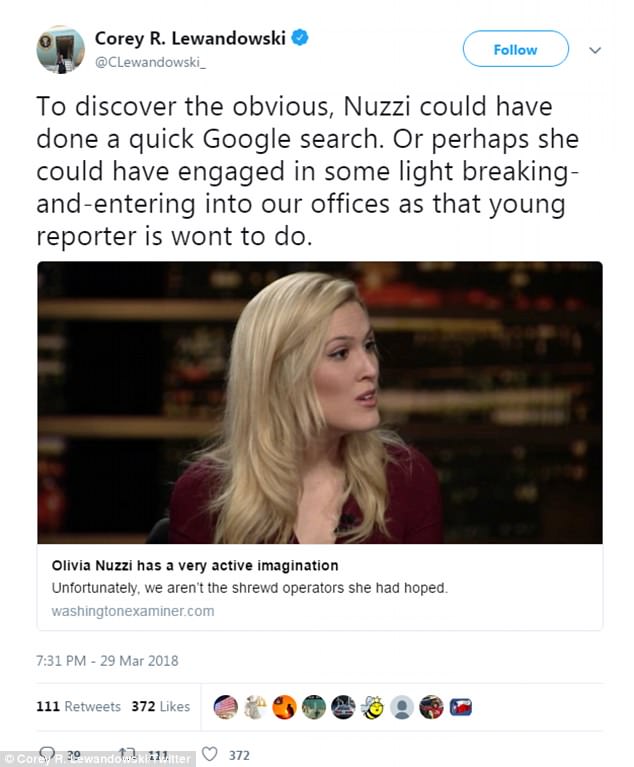 Nuzzi claims that the door was open and she walked in and took a picture of the wall hanging. She then called her boyfriend who told her what she did was probably illegal and she left. Lauren Starke, the spokeswoman for New York Magazine, told Fox News: ‘Of course his tweet is completely ridiculous and false. We stand by Olivia’s reporting methods and don’t believe she did anything wrong.’

So, she broke the law but did nothing wrong? Only in the liberal world is such a thing possible.