Mere weeks ago, the fact that the DNC was going broke began making the rounds and it really seemed as if they were in some trouble.

From the forms, they raised roughly $5 million in funds December 2016 but when they filed their FEC reports, they were $6 million in debt.

The DNC tried to bury their latest FEC #s tonight…

Following a trail around the internet, This Twitter user makes a pretty darn interesting case.

1. “Going Unbroke” I wrote the broke DNC thread not too long ago. A part of me wondered how the hell would there Dems get out of this financial mess. Fusion GPS, Christopher Steele, Cody Shrearer and so many more received money but weren’t able to get any political traction.

2. In the wake of the Florida shooting the anti-NRA rhetoric has really gained steam. More importantly, they’ve managed to get companies like Enterprise to provide economic legitimacy to their cause.

3. But why? Who benefits from propagating the fallacy that a nineteen-year-old with every warning sign of impending Carnage except a forehead tattoo was somehow NRA’s fault?

Where does the money trail lead us? Who is broke and will they benefit from the disinformation?

4. Less than 24 hours after FL mass shooting emerged “No NRA Money”, an organization behind a national grassroots pledge campaign that seeks to “break the NRA’s stranglehold that has thwarted meaningful progress on common sense gun policy.”

5. No NRA money’s website was purchased behind a proxy-less than a day after the Feb. 14 deadly shooting at a Florida high school. Yes, less than a day. How interesting.

7. The pledge drive has already attracted the support of thousands of voters and over 60 candidates for public office across the United States, including Democratic candidate for governor of Iowa Cathy Glasson.

8. So a Democrat governor nominee is being supported by an organization that sprung up a day after FL shooting and has some relationship to equality Florida?

"I just signed a pledge with @noNRAmoney stating that our bold progressive campaign will never accept campaign donations from the @NRA. In Iowa, and as a nation, we must put aside partisan politics in the pursuit of common sense gun laws." -CG #NoNRAMoney https://t.co/PcBpNthFbe

9. The daily caller dug deeper and found some curious connections. Nadine Smith, executive director of Equality Florida, appeared on “AM Joy” on to promote the anti-NRA pledge drive.

10. Smith was unclear about the organizational structure of no NRA money. And called it an “online grassroots created by parents”

14. There are no disclosures anywhere on the No NRA Money’s website indicating who is funding the effort. Link.

15. How is equality Florida connected with Debbie Wasserman Schultz as well as many other Democrats? It’s funny you should ask – Link.

18. Of course, equality Florida condemned the Florida shooting, prominently talking about gun control. At one point they even spoke about no NRA money. They made no mention that they are related efforts or that they run the website. Link.

19. Not convinced? Nadine Smith is a Florida Chamber Foundation Trustee, a board member for Green Florida and served on President Obama’s National Finance Committee.

20. She was part of the historic oval office meeting between then-President Clinton – the first such meeting between a sitting President and gay community leaders. The next post will require you to be sitting down.

22. Like I said it’s best you be sitting down for this one. 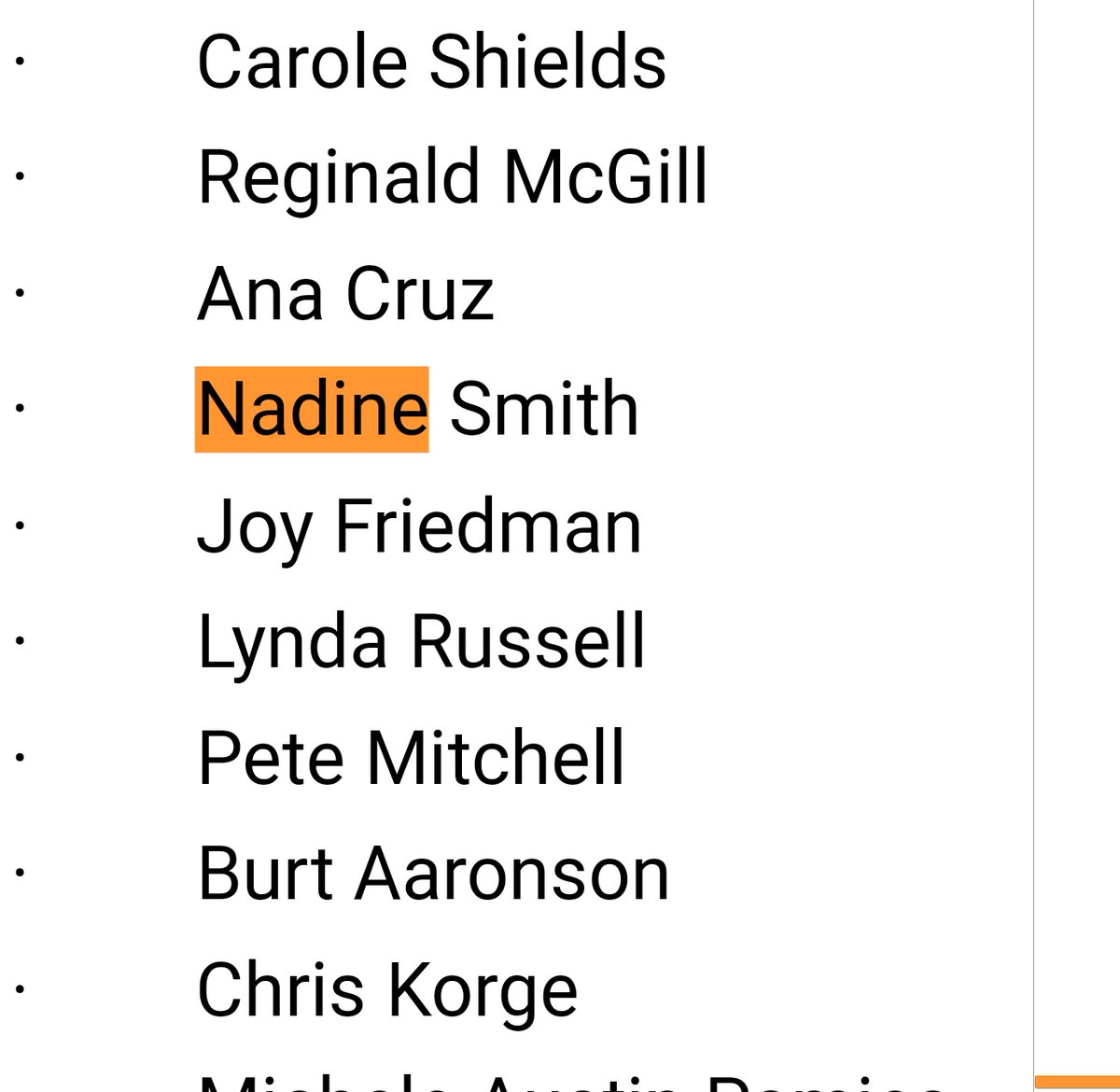 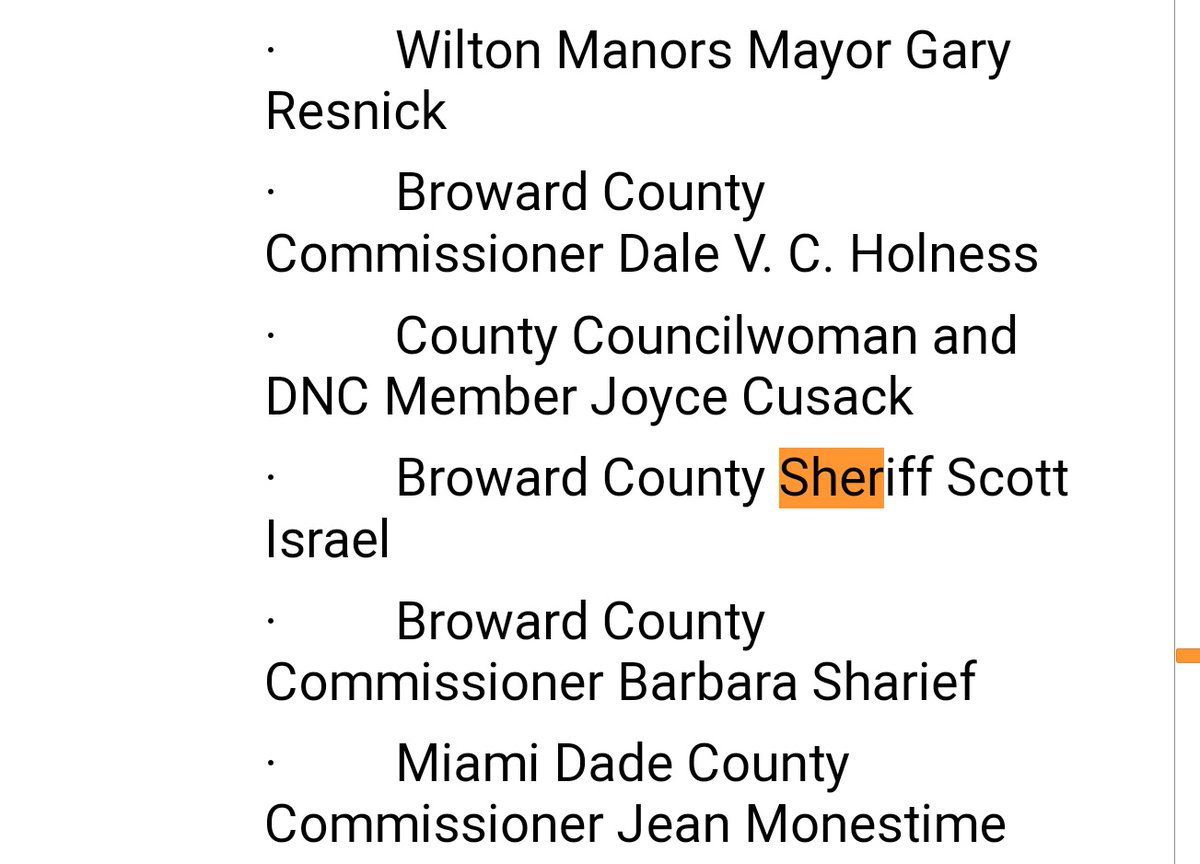 23. Rosalind Osgood featured in this article was actually included in the Hillary support document I’ve posted. As are many prominent Broward County individuals. Link.

24. When motives seem unusually torturous, following money appears to be the most linear path to unraveling tortuosity. It would then be completely unsurprising for it to be revealed that no NRA money has raised a record number in donations alone.

25. On their website, you can clearly see they have a candidate pledge along with gun violence statistics. I was not able to find out any current statistics for total fundraising so far. Their intent to influence politics is plainly evident. nonramoney.org/stats

26. I am done digging for now, I’m going to wash off the dirt and grime. It’s your turn now, come back with something worthwhile. -Fin