Mexican officials have confirmed that the US has warned them about three ISIS terrorists who will either try to enter the US with a caravan or with human smugglers.

Mexican authorities are on alert and they have had pictures of the three provided to them. The three are suspected of entering through Panama in May and are thought to be making their way up to our southern border. 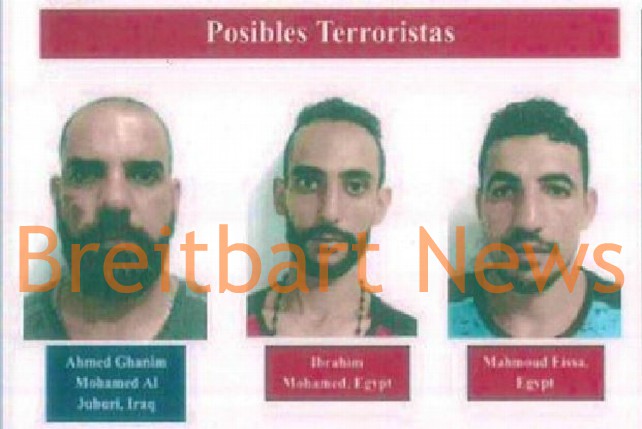 Mexican authorities are on high alert regarding three ISIS-linked terror suspects who are believed to be making their way from Central America to Mexico and potentially the U.S. border. Authorities were warned the suspects could try to enter Mexico within a large migrant group or with the help of human smugglers.

Breitbart News exclusively confirmed that Mexican Federal Police are on alert, preparing to encounter or arrest Ahamed Ghanim Mohamed Al Juburi from Iraq, and Ibrahim Mohamed and Mohamed Eissa from Egypt. The three men are believed to have entered through Panama in May, crossed through Costa Rica on June 9, and could be headed to Mexico, a leaked internal security memo revealed.

A document obtained by Breitbart News from Mexico’s Federal Police revealed that on June 21, the U.S. Department of Homeland Security warned Mexico about the suspects and asked for cooperation in attempting to stop them if they were encountered in or approaching Mexico. The document asked for cooperation from all Mexican agencies.