All this time, we were told it was Dr. Ford and now we find out she may not be a doctor after all. That would be a huge blow to her credibility. You can see how she altered her Stanford biography this month before she testified before the Senate Judiciary Committee. If true, this would create some problems for Ford.

She wrote papers under the guise of being a doctor for a company that she worked for that sells just one product,m the Ru-486 abortion pill. That means that Ford has a monetary reason for wanting to keep Kavanaugh off the court. A reversal of the abortion issue,  her company would be out of business. 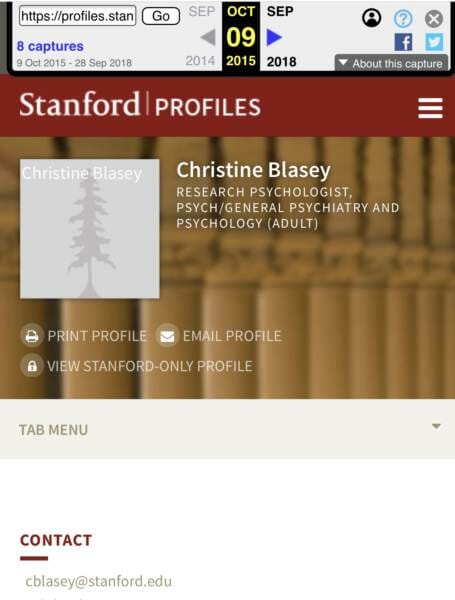 Here is her new bio: 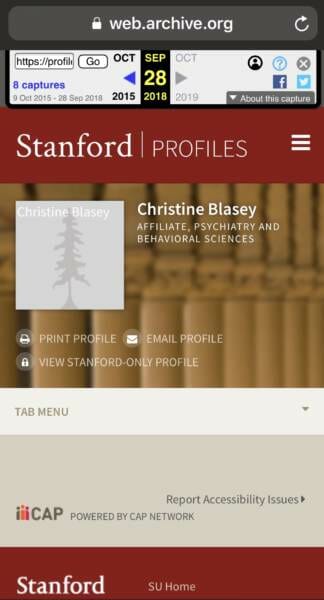 During testimony Thursday in front of Senate Judiciary Committee Christine Ford identified herself as a “Research Psychologist” at the Stanford School of Medicine.

However a search through the Department of Consumer Affairs License Bureau produced NO RESULTS for Christine Ford or deviations of her name.

Earlier this week NPR explained why they don’t call Christine Ford a doctor because they reserve the title of “Dr.” for an individual who holds a doctor of dental surgery, medicine, optometry, osteopathic medicine, podiatric medicine or veterinary medicine..

That was a smart move.
There are no state records that show Ford is a licensed psychologist.
This is another direct hit on Ford’s credibility.

That is if she ever really had any. We know she lied several times on the stand and I guess this is just one more.