“OCONUS LURES” OCONUS= OCONUS = Outside Continental United States. LURES In this context LURES = SPIES – multiple. Is this an admission that the FBI wanted to run a baited Sting Op using foreign agents against Trump? 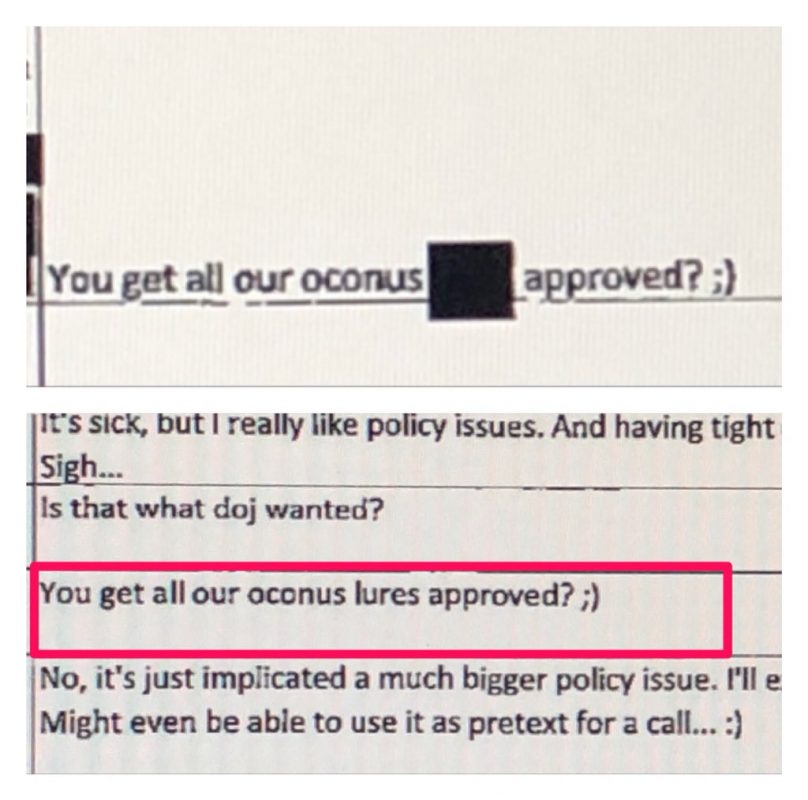 Kevin Brock (FMR ASST DIR OF COUNTER-INTELLIGENCE FBI): “If the FBI opened a Source or tasked a Source to gather information particularly from a US person, before opening a formal investigation, then that would be a violation of the guidelines.” Looks like we have a VIOLATION

Here is the 500-page document of Strzok-Page text messages published by HSGAC. Some texts appear twice, some WITH redactions & some WITHOUT. The “OCONUS LURES” redaction on p.31 was texted on December 28, 2015. The unredacted text is on p.159 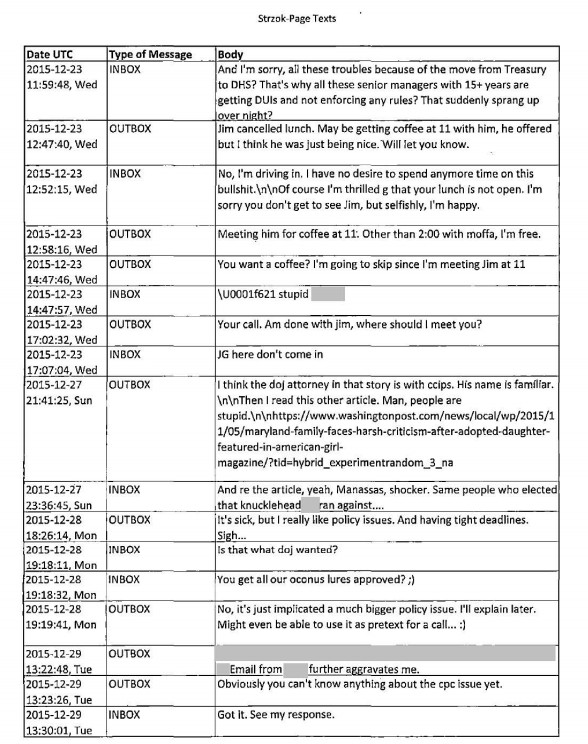 OK so now you know OCONUS and have some idea of context here, but what of LURES… well, that too is both what it means and what it does not mean at face value. We believe this means “spies” but there’s also this, pulled from a Government website.

According to 9-15.630 – Lures “A lure involves using a subterfuge to entice a criminal defendant to leave a foreign country so that he or she can be arrested in the United States, in international waters or airspace, or in a third country for subsequent extradition, expulsion, or deportation to the United States. Lures can be complicated schemes or they can be as simple as inviting a fugitive by telephone to a party in the United States.” 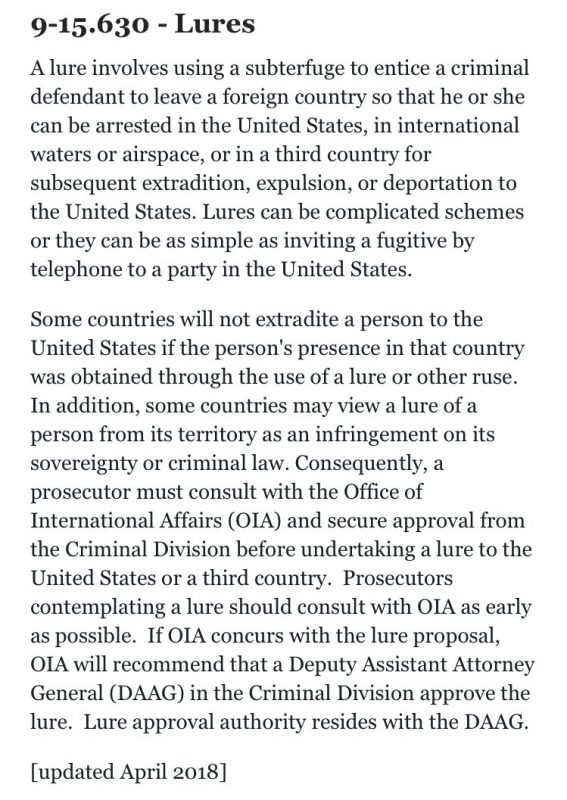 One point, however, is that OCONUS is typically used in reference to Americans, or US Property overseas — it could be a reference to foreign spies, but odds are that it’s not. OCONUS is just a very common term for those stationed overseas and our US military/diplomatic installations — my guess is that they would have a different reference for MI5 (if referencing) but there is no way to say definitively. Mi5 have already categorically denied any involvement, so….

Possibly nothing that high up and possibly illegal would have happened without POTUS (at the time) approval. That’s why they are scrambling now to cover for everyone. Lots of people knew what was going on & were ok with it, they just have to squeeze the ones that have little to lose & freedom to gain.

That said, if these pieces tie together it may just prove that this started the day he announced he was running.