The Washington Post has a story about a Russian that goes by the name of Henry Greenberg and another alias, who arranged a meeting through a business partner of Michael Caputo with Trump campaign official and longtime personal friend of the president, Roger Stone.

Greenberg offered to sell Stone damaging evidence on Hillary in exchange for $2 million dollars. Stone told him that Trump does not pay for information and he left. Neither he nor Caputo ever spoke to anyone about the meeting, yet in his interrogation by the FBI, the agents knew about the meeting. How did they know?

Greenberg says that he worked with the FBI for 17 years but insists that he wasn’t working for the FBI in this matter, so why wasn’t he arrested? Now, answer me this. Why didn’t he try to sell the information elsewhere? If he truly had damaging information on Hillary a wealthy Republican would shell out $2 million to get his hands on it. On the other hand, a wealthy Democrat would have bought it so he could bury it where no one would ever find it. With Obama’s college transcripts possibly.

Greenberg also said that he was able to get into the country with a special visa just like Natalia Veselnitskaya got from the Obama administration. Is it a coincidence that two Russians were given special visas and they both asked for meetings with Trump officials? Both claimed to have dirt on Hillary and both were rebuffed. That sounds like a really convenient coincidence. Caputo and Stone both think the Stone/Greenberg meeting was a spy program for the FBI. It’s a real possibility.

“How crazy is the Russian?” Caputo wrote, according to a text message reviewed by The Post. Noting that Greenberg wanted “big” money, Stone replied, “waste of time.” 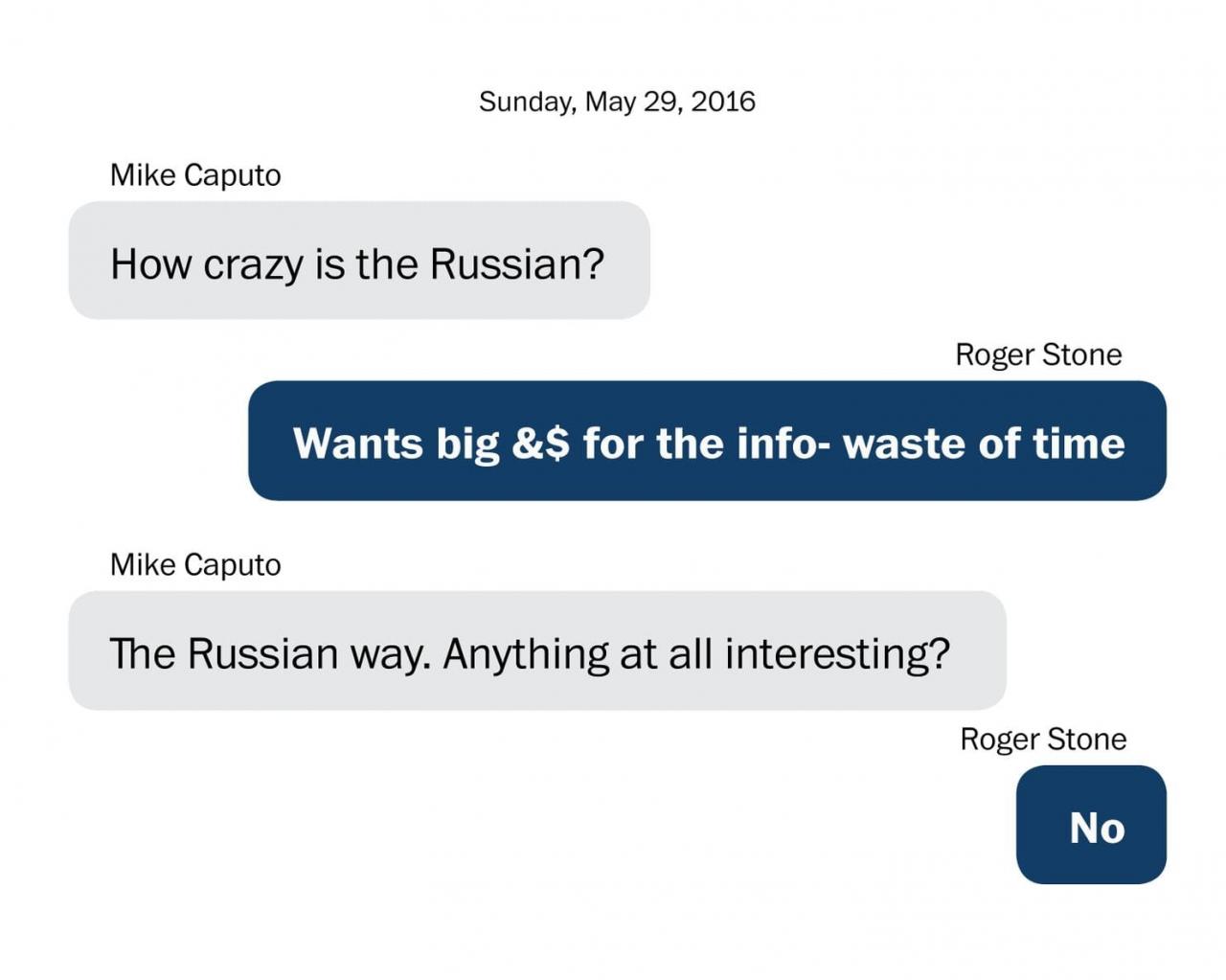 Two years later, the brief sit-down in Florida has resurfaced as part of special counsel Robert S. Mueller III’s sprawling investigation of Russian interference in the 2016 presidential campaign, according to Caputo. Caputo said he was asked about the meeting by prosecutors during a sometimes-heated questioning session last month.

Stone and Caputo, who did not previously disclose the meeting to congressional investigators, now say they believe they were the targets of a setup by U.S. law enforcement officials hostile to Trump.

So, what do you think? Plot or coincidence. I’m reserving judgment.