Terrifying testimony from stabbing witness Gerard who lays out what he saw happened in terror attacks.

Terrifying testimony from stabbing witness Gerard who just spoke to me about what happened #LondonBridge pic.twitter.com/Rn8cNfklHH

London Bridge station has been evacuated with reports detailing a van “mowing down” pedestrians, people being stabbed, as well as shots being fired.

Enlarged image of the van used in the initial #LondonBridge attack. It has official looking livery that I can’t make out. Can anyone ID it? pic.twitter.com/jOTfyhPgga

Update: More civil services showing up on scene. People are being pushed back further, being told to leave the scene.

Update: Reports of a possible explosion.

Armed police are at the scene as people fleeing central London station, a landmark, near Borough Market. Reports of a van hitting group of pedestrians on the London Bridge in London, UK.

At least 16 ambulances at the scene.

Eye witnesses confirm that several people are lying on the ground, and people receiving CPR after being stabbed. Gun fire has also been reported.

Horrifying footage taken from the scene show police shouting “clear the area NOW!” while people screaming, in fear for their lives.

One Sun journalists at the scene stated on Twitter that he saw a man being led away by police in cuffs.

One eye witness stated she was at a restaurant when police swarmed the area, saying to police “we had to run, there was loads of shooting.” 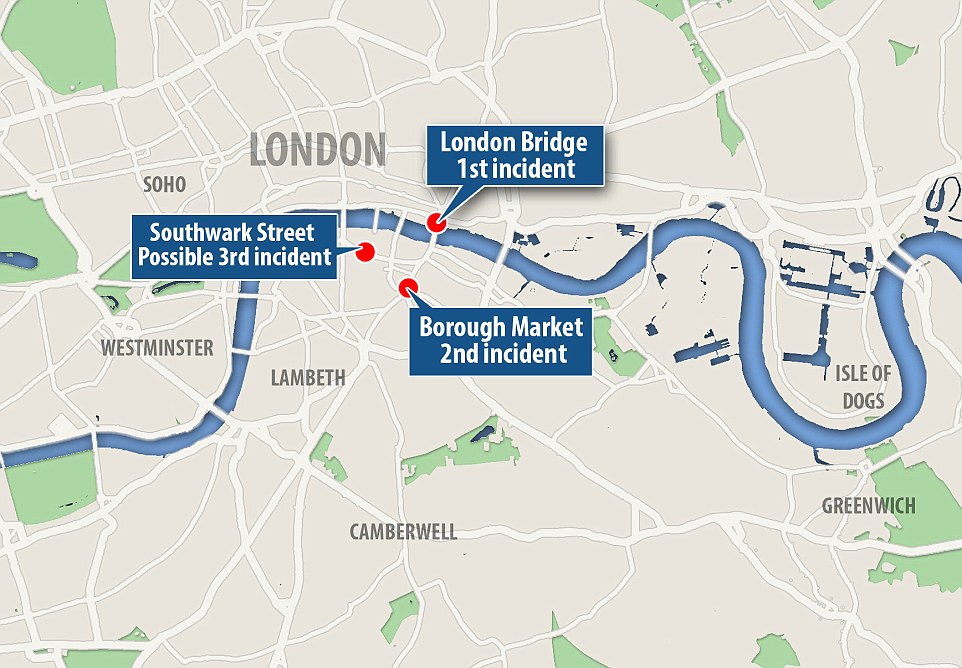 Witness says he saw an individual “lying on the floor” who “looked in a bad way” following incident at #LondonBridgepic.twitter.com/MzWvp8geDP

The area is currently sealed off.