The total lack of civility to Education Secretary Betsy DeVos at the 2017 commencement exercise of Bethune-Cookman University’s in Daytona Beach, is an indictment of higher education. No, make that NAACP and the teacher’s unions. How do you arrive at this fact. Read this article and have it explained to you. 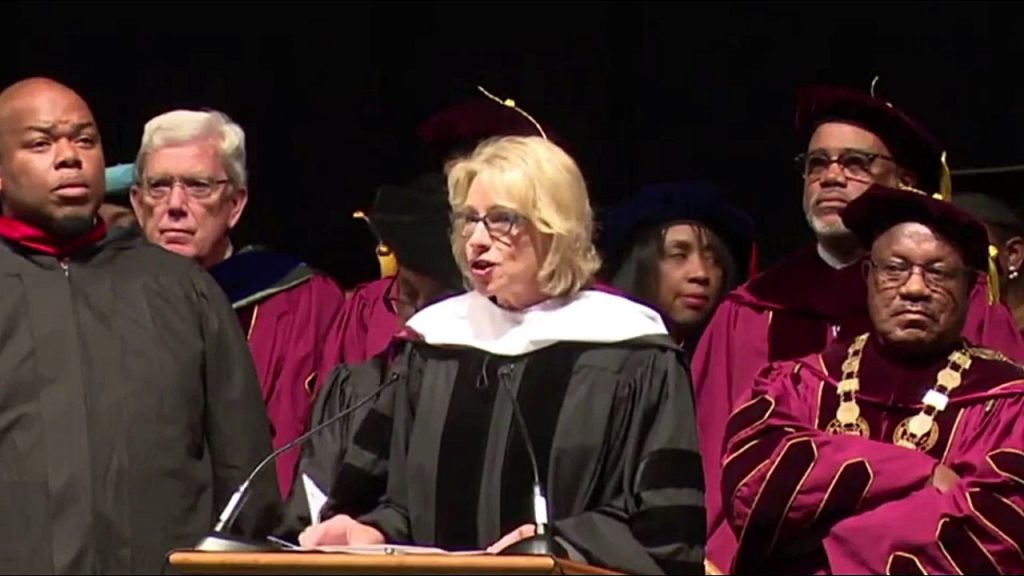 As Written By E.W. Jackson for the American Thinker:

When Betsy DeVos stood up to speak at Bethune-Cookman University’s 2017 commencement in Daytona Beach, graduating students booed and turned their backs.  It was despicable behavior.  The president of the school rebuked the students and defended his guest, but to no avail.  This should raise in all of our minds this question: what in the world are they teaching them at that school?

Until the last few decades, black Americans were taught by our parents to show hospitality and civility.  It was “yes sir” and “yes ma’am.”  We addressed our parents and their friends with “Miss” or “Mister” in front of the name.  All people were to be treated well when they entered your home.  Civility was a cultural mandate.

Rev. Dr. Martin Luther King reflected this in his dignified approach to the civil rights struggle.  Unlike Malcolm X, King made no violent threats, lobbed no insults, and never engaged in name-calling.  He was leading a revolution that would turn the nation upside-down, yet he never personally attacked anyone.  Some of this is rooted in the Christian ethic “Do unto others as you would have them do unto you.”  Manners used to be intrinsic to black culture.

What we witnessed at Bethune-Cookman University, a southern historically black college, was further proof of widespread cultural deterioration.  First, Betsy DeVos is a dignitary holding high office.  Her position should have been respected even if she was not.  As much as I disagreed with President Obama and his policies, I would never have treated him or any member of his Cabinet disrespectfully.  Apparently, the students of Bethune do not believe that Mrs. DeVos deserves such courtesy.  What has happened to the culture of the black community, that young people feel justified in behaving so abominably?  It is the disease of leftist extremism and intellectual quackery that is ravaging most……

Articles: No Civil Rights without Civility