Seattle is proud of the fact that it was one of the first cities to enact a minimum wage law that will bring wages up to $15 an hour. But like all things liberal, the reality isn’t close to the plans.

Liberals claimed that raising the minimum wage would help low salaried employees. But in reality, the average low wage earner is now making $125 dollars a week less than before the passage of the minimum wage.

That’s because the higher minimum wage caused employers to cut their payrolls, putting off new hiring, reducing hours or letting their workers go, the study found. It also found that for every one dollar of positive effects, there are three dollars of negative effects.

For at least one Subway franchise it’s close to shutting them down. A few years ago when sales were flagging, Subway introduced the five dollar foot long sandwich. That boosted sales and allowed the franchisees to flourish. That has come to an end at one Subway in Seattle and could quickly spread across the city. That store has ended the five dollar foot long sandwich and they have put a sign up on their door explaining why. 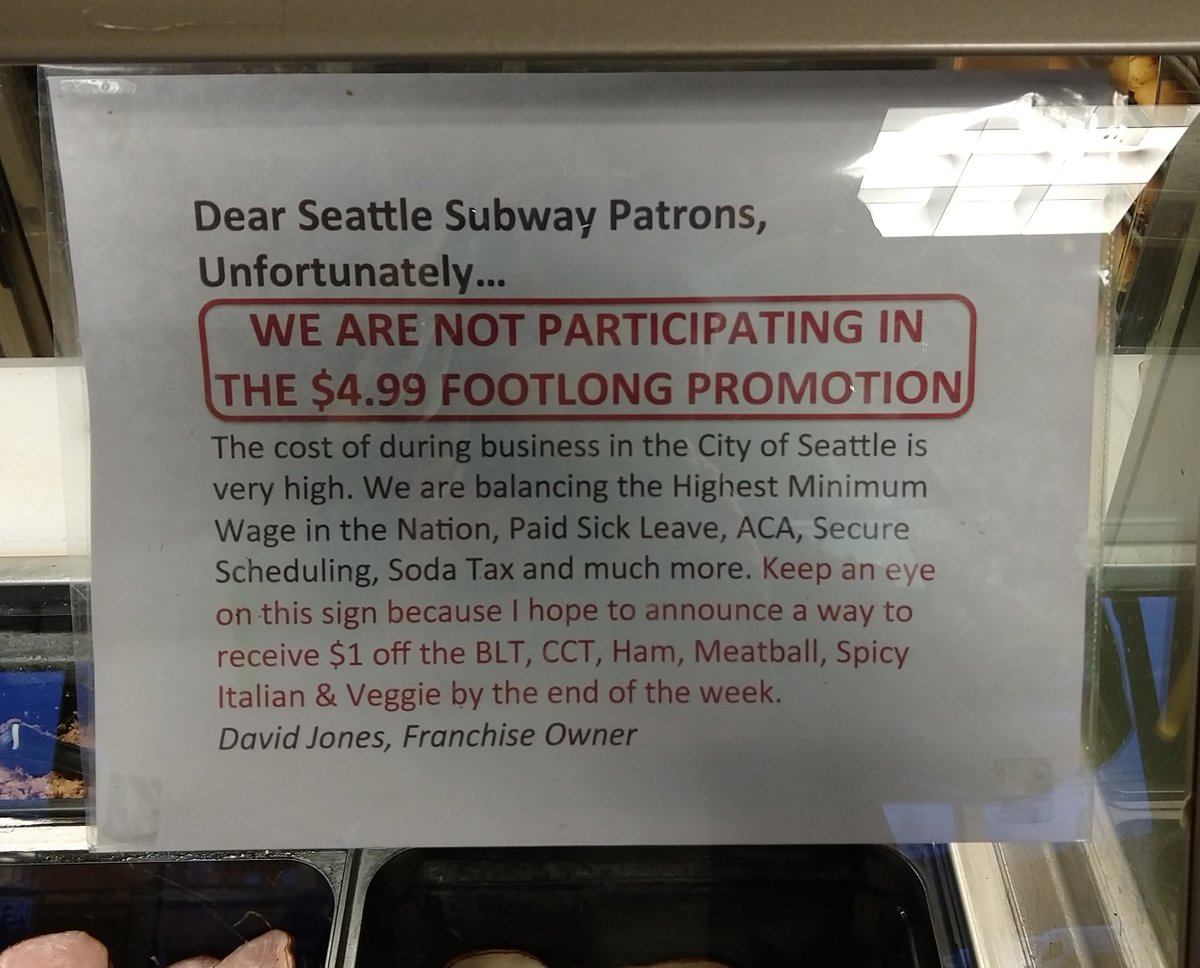 The soda tax they are referring to is a tax enacted in Seattle that adds about 75% to the cost of a soda. Many fast food franchises might find they either have to greatly increase the price of their value meals or quit offering a drink as part of the deal.

“The result? According to researchers at the University of Washington’s School of Public Policy and Governance, the number of hours worked in low-wage jobs has declined by around 9 percent since the start of 2016 ‘while hourly wages in such jobs increased by around 3 percent’,” continued the magazine.

“The net outcome: In 2016, the ‘higher’ minimum wage actually lowered low-wage workers’ earnings by an average of $125 a month.”

As I’ve often said, “Liberals can’t even fix a sandwich.”