Jamie Dimon is a Democrat. Not only that, he is a CEO and Chairman of J. P. Morgan. Here he states that he will support the President as the President guides the nation. It is a patriotic duty to Mr. Dimon. what a refreshing idea this is. Having respect for the office even if you do not agree with everything he does. I remember when it always used to be that way. Read this and be grateful. 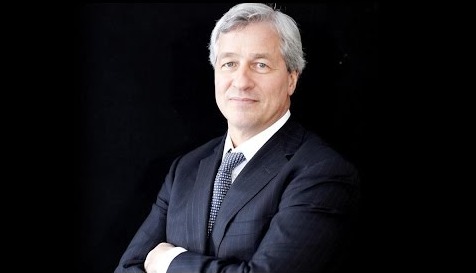 As Written By R. Williams for Newsmax:

He spoke at the bank’s annual shareholder meeting and urged the business community to work with the Trump administration to tackle issues like preparing young people to enter the work force, according to CNBC.

Dimon is a registered Democrat who has said he wants to stay out of party politics and focus on solutions to helping the U.S. economy, which has suffered from wage stagnation and shrinking participation in the work force in the past 30 years. Dimon is chairman of the Business Roundtable, a conservative group of CEOs formed to promote pro-business public policy.

During a Q&A with shareholders, Dimon was asked about his willingness to support Trump. Dimon said he believes there are…..