Ilhan Omar is a liar.

She is a propagandist for terrorists.

She was forbidden entrance into Israel because her aim was to disrupt, deceive and destroy.

Now, in making the case against Israel, she claims she was to meet with members of the Knesset and Israeli security forces.

PM Netanyahu claimed none of that was true but Omar repeated her lies.

She had just one major problem. When a member of congress goes overseas they submit a schedule.

Her schedule was published and there was not one single meeting with either Knesset members or security chiefs.

Anti-Semitic Democrats Rep. Rashida Tlaib (D-MI) and Rep. Ilhan Omar (D-MN) lashed out at the Israeli government on Monday in a joint press conference in Minnesota.

On Thursday Democrats Rashida Tlaib and Ilhan Omar were banned from entering Israel after months of their frequent attacks on the Jewish state and their promotion of the anti-Semitic BDS movement.
Their trip was planned by the antisemitic, pro-terror Miftah organization and their meetings included several stops with radical anti-Israel officials.

On Monday the two radical Democrats lashed out at Israel for blocking their entry.

Ilhan Omar repeated her lie from Friday that she was scheduled to meet members of the Israeli Knesset and Israeli security officials.

First, I planned to hold meetings with members of the Knesset (both Jewish and Arab) along with Israeli security officials.

The claims of @IsraeliPM otherwise are not true.

As a delegation, we were also were scheduling a meeting with @USAmbIsrael. https://t.co/tazkSiUYkM

This woman is a compulsive liar.

Here’s Ilhan’s full schedule — She WAS NOT meeting with members of the Knesset or Israeli security officials according to her schedule. 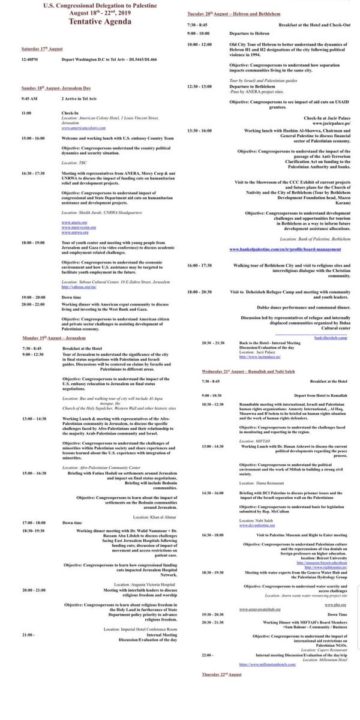 Tlaib’s tears are about as real as Ilhan’s planned meetings with Knesset members.