We always suspected that the Hillary campaign was behind the notorious meeting at Trump Tower and now we know it to be a fact and not merely conjecture.

We knew that the female Russian lawyer was working with Fusion GPS and now we know there were three people  (All Russians) in that meeting connected to Fusion. Fusion GPS, was working indirectly for Hillary through her law firm, Perkins Coie.

So, what we find is that Hillary used her Russian friends to try to create a frame-up of the Trump campaign. Natalia Veselnitskaya a Russian lawyer with close ties to the Kremlin met with Fusion founder, Glenn Simpson the day before and the day after the meeting. 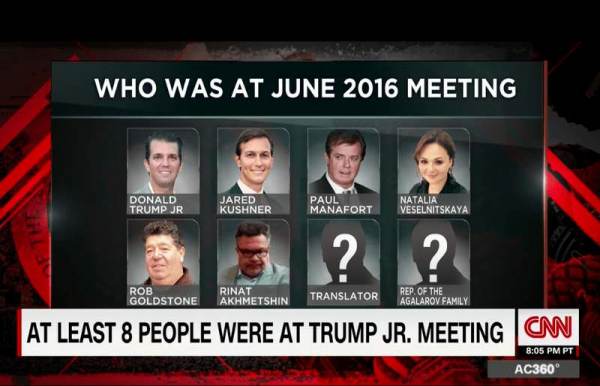 On FOX News, Nunes, who sat through hours of testimonies related to the Trump – Russia farce, said the following –

… but something also probably important to note about the so called Trump Tower meeting.  This is the meeting that actually Fusion GPS met with the people before and after that meeting.

Fusion GPS, once again, was a Clinton Campaign paid for operations outfit.  They were clearly involved in the set up of the Trump Tower meeting.  So if they want to bring Cohen in and talk to him, that’s great, we’ll participate.  But the truth, if you really want to get to the truth behind the Trump Tower meeting, Fusion GPS and the Clinton campaign are all over it, and probably behind it.

The group that organized the meeting with Trump advisers and the Russian lawyers was the same Democratic group Fusion GPS that was behind the discredited Trump dossier.