David Hogg has been the darling of CNN ever since he first fell in love with the TV cameras but they may rethink that love affair after seeing the picture Hogg took with a GOP candidate in Florida. There was a biker’s rally with 500 bikers participating to raise money to build a park in honor of Meadow Pollack, one of the kids killed in the Parkland shooting attack. While he was there, Hogg met up with two GOP members running for office in 2018, Javier Manjarres, a potential Republican challenger to Congressman Ted Deutch, and Derek Schwartz, a current GOP candidate against Lois Frankel. Hogg had his picture taken twice and CNN won’t like the shirt the GOP member was wearing or Hogg’s willingness to be photographed with it. 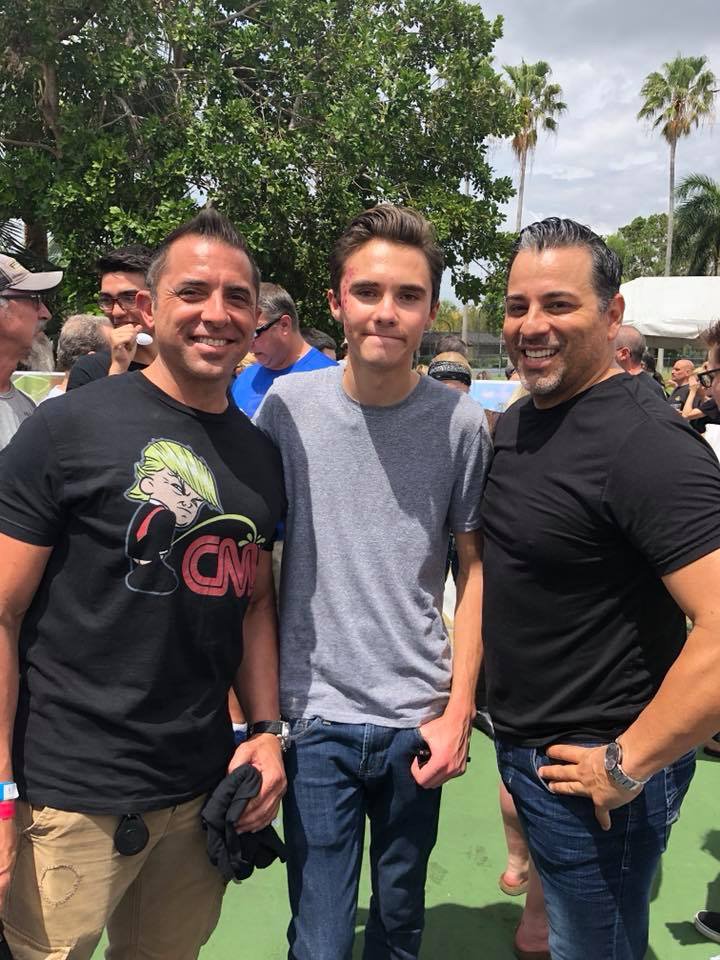 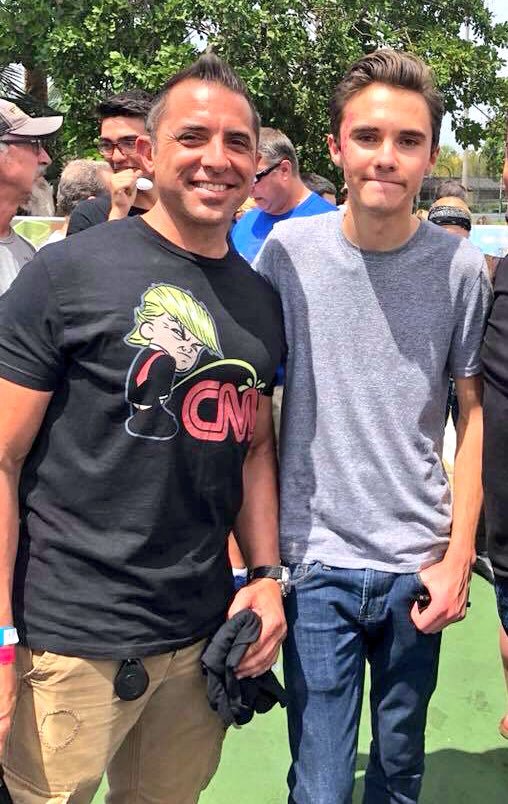 I’m wondering if CNN will drop Hogg like a sack of potatoes. They may not like him posing next to a guy wearing a shirt that shows Trump pissing on CNN.

When two GOP operators saw Hogg at the event, they approached him and began a discussion.

Javier Manjarres, a potential Republican challenger to Congressman Ted Deutch, and Derek Schwartz, a current GOP candidate against Lois Frankel, told The Daily Caller that they had a “polite” and “respectable” conversation with Hogg. Schwartz was wearing a shirt that featured a cartoon of President Trump urinating on a CNN logo. Manjarres told TheDC that Hogg pointed at the shirt and said “nice shirt,” before agreeing to take a photo with the two.

There was another Parkland student at the bike rally. Pro gun advocate Kyle Kushuv. Ride For Meadow is 500 bikes strong today! Paul Teutul, the owner of Orange County Choppers & star of American Choppers, even came out!

I am beyond grateful to everyone who took time out of their Easter Weekend to come show support and honor my baby girl. And I appreciate all of those who are committed to school safety and support is on Facebook.

If you would like to donate $10, $50, or whatever you can give to the playground we are going to build in the local community in honor of my daughter & for the enjoyment of countless other children, please visit www.RememberMeadow.com.

And a fun time was had by all….except CNN of course.