I have never had a problem with the idea behind real feminism. Equality, yes! But this 3rd wave, 1st world, feminism of today is for the birds. It’s essentially leaderless and encourages women to always, absolutely and always, “break the mold” in a sense, even going as far as to start fights with women who CHOOSE to become mothers or stay-at-home moms.

It’s as if the poor mislead souls of feminism today forgot what the feminist of yesterday were fighting for… choice. It’s choice, ya’ll.

This MEME going around the internet is somewhat fitting… one standing for her country, the other… fighting for hamburgers? I don’t know… and it’s probably something I don’t want to know… 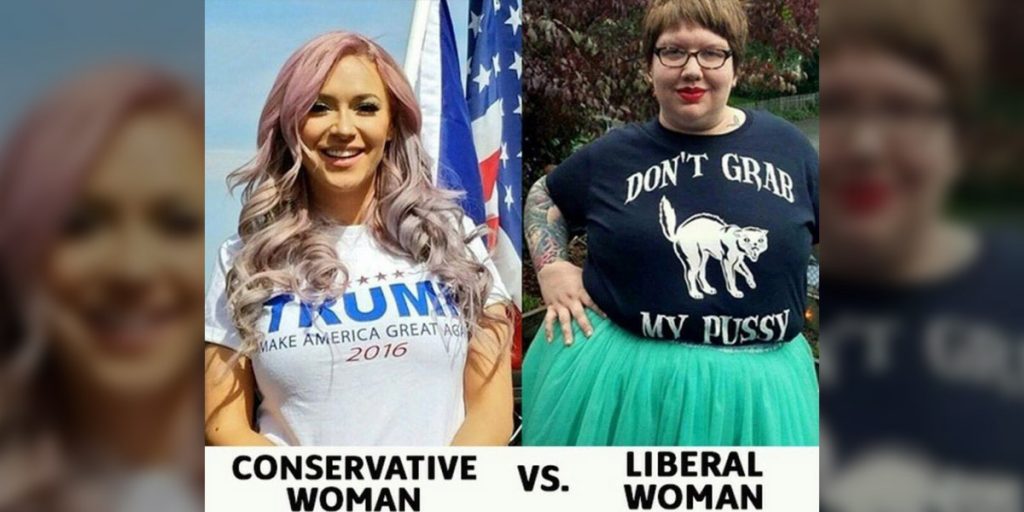 Real feminism does still exist, you just have to search beyond Tumblr, Twitter, and a lot of social media outlets.

“Women are emotional, we’re irrational, and it’s beautiful. Celebrate it, use that.”

That’s what actor Lucie Pohl said about being a strong woman, and what gives me hope for feminism.

Pohl was part of a panel called “The Women of Overwatch: The Journey of Bringing Strong Female Characters to Life.” It was held at Games for Change in New York City July 31 through Aug. 2. Panelists included “Overwatch” actors Anjali Bhimani, Carolina Ravassa, Pohl and Blizzard Entertainment senior casting and voice director Andrea Toyias. Overwatch, a wildly popular, online, first-person shooter game created by Blizzard, has multiple “heroes” you can play as — each with their own story and background.

The panel’s advice varied person to person, but all followed the same basic principles: strength through putting yourself in uncomfortable situations, don’t emulate men and embrace what makes you a woman.

Noticeably absent from the hour-long discussion was any rhetoric that was politically charged or anti-male. It was a foreign experience in a day where feminism has been absorbed into the political sphere as a weapon to pit women against women and paint men in broad strokes as barbaric conquerors.

It didn’t matter if you were Republican, Democrat, conservative, liberal or anything in between. They gave advice with no ulterior motive. Their goal was to help teach young girls how to grow into strong women, and it was incredibly refreshing.

“If I boil this talk down very simply: We created strong characters; we found strong women and we let them be strong women,” Toyias said of her casting process for the game’s actors.

But what does it mean to be a strong woman?

“Be a woman, embrace that,” Pohl stressed. “Allow yourself to be vulnerable, to be weak and say, ‘OK, today sucked and I didn’t get what I wanted and it was a challenge to be a woman in a room full of men,’ and that’s OK. That’s real, that’s true: It is a challenge. As probably a man is challenged in a room full of women. Don’t try to suppress that … Don’t try to be masculine and think that’s the way you need to be to be successful. Women are emotional, we’re irrational, and it’s beautiful. Celebrate it, use that.”