Update on William Finlay via David DiCrescenzo. “I just got off the phone with our embassy up there. They are now aware and looking into the matter. Bill is not returning my calls and texts which means he probably cannot right now.”

“Let’s keep this patriot in our prayers while we wait for news.”

What in the flying h*ll is this! In Canada you can be arrested for “HATE SPEECH” on your freaking mobile device? That’s completely and entirely and utterly and massively UNCONSCIONABLE!

Wild Bill stated to a friend, “Was arrested at the airport for ‘smuggling hate speech’ on my iPad. Don’t know how this is going to turn out… really appreciate prayers and support of my friends.”

William Finlay, also know as Wild Bill for America, a popular speaker and author, has been arrested today at a Canadian airport for “smuggling hate speech” on his freaking iPad. The author and speaker was invited to give a speech at the Patriotic Unity Mega Festival, at Calgary’s Olympic Plaza which is coordinated by Canada’s Worldwide Coalition against Islam (WCAI). A massive group that also has chapters in Europe and Australia. 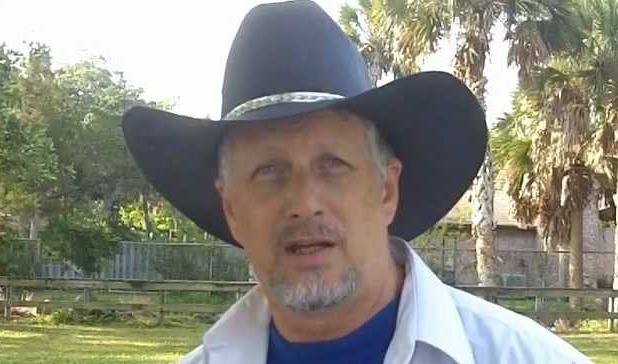 As written for Medium by Cari Kelemen:

A special event permit for the event was denied by Calgary’s Department of Canadian Recreation, according to an article by CBC News, “on the basis that your organization, and messages it espouses, are hateful.”

But event spokesman, Jeremy Phillips, responded on FaceBook “We are going to march downtown and show the biased city officials that we will not be silenced. It’s all about standing up for our rights and freedoms. We are not interested in a violent confrontation or anything like that. It’s all about having a peaceful protest.”

Finlay served as a Navy Corpsman with the Marines before becoming a career law enforcement officer, serving as both a Deputy U.S. Marshal and Deputy Sheriff. A public speaker, frequent guest on radio talk shows, YouTuber and blogger, Finlay says his “mission in life is to encourage and strengthen America’s faith in God and Country. It is not politicians, but individual Americans with the courage to speak out who will keep freedom alive in the USA.”