The very liberal, very outspoken, Shaun King decided it would be a good idea to take on the Philadelphia Eagles via Twitter… that backfired on him, hard!

It all came down to this… King thought he had a “gotcha” moment against Jeffrey Lurie, owner of The Eagles, twitting out: “wouldn’t hire Colin because of his anthem protest, but hired a white player who called black people ‘n****r.'” This in reference to the team signing Riley Cooper. Cooper, just a few years ago, was caught on camera saying the above racial slur while attending a Kenny Chesney concert.

Thankfully, The Eagles didn’t take this crap lying down. They posted the following image to THEIR Twitter in response to King, saying, “Your recent claims are entirely unfair and inaccurate. Here is the unedited transcript of what was said:” 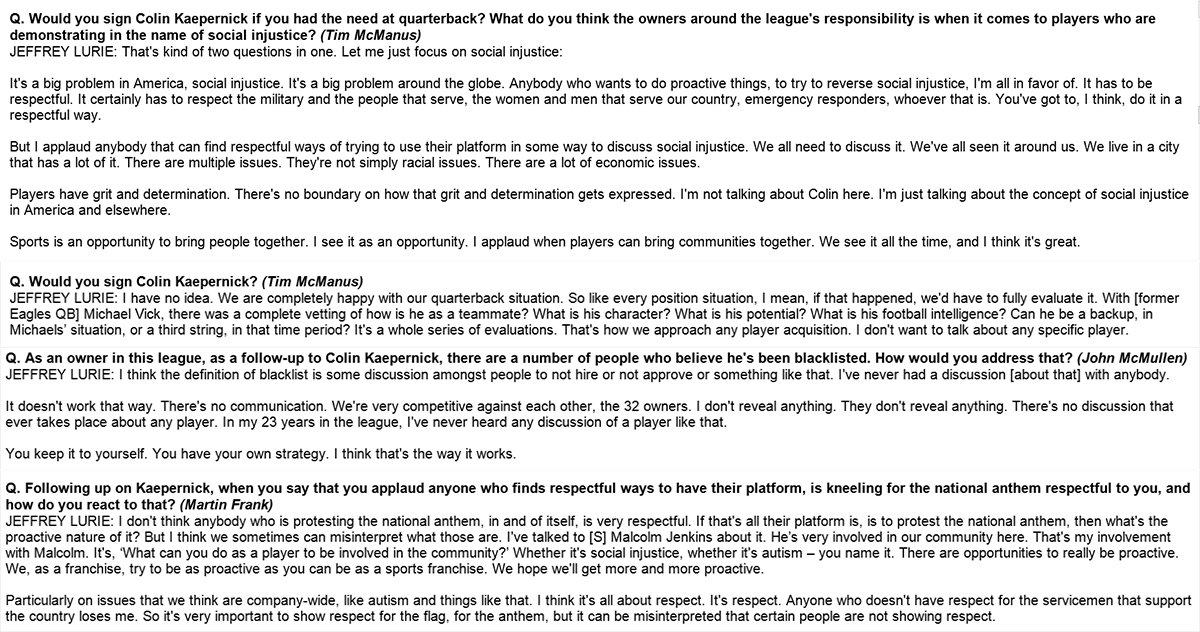 Of course, this didn’t silence King nor his followers who continued to argue with the sports team via twitter.

The most important part of the transcript is this line: “We’re happy with our quarterback situation.” And they should be, given how well second-year quarterback Carson Wentz played on Sunday, and the fact that their backup quarterback, Nick Foles, is considered to be “among the best quarterback contingency plans in the league,” per Bleacher Report.

In other words, Kaepernick’s anthem protests had nothing to do with the Eagles’ decision not to sign him – although Lurie did say that he found Kaepernick’s protests to be disrespectful – it had to do with the fact that there simply isn’t a need for the Eagles to sign Kaepernick. They already have two quarterbacks that are good fits for their system. This is what’s known as a business decision.