This is crazy… the family of Imran Awan, as well as himself, are under investigation for abusing access to the House of Representatives information tech. system and now, it seems, they’re suspect for many other questionable schemes.

As written for The Daily Caller by Luke Rosiak: 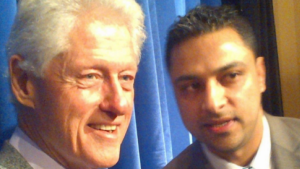 A Pakistani family under criminal investigation by the U.S. Capitol Police for abusing their access to the House of Representatives information technology (IT) system may have engaged in myriad other questionable schemes besides allegedly placing “ghost employees” on the congressional payroll.

Imran Awan, his wife Hina, and brothers Abid and Jamal collectively netted more than $4 million in salary as IT administrators for House Democrats between 2009 and 2017. Yet the absence of signs of wealth displayed among them raise questions such as was the money sent overseas or did something other than paychecks motivate their actions?

Capitol Police revoked the Awans’ access to the congressional IT system in February 2017 after a major data breach was detected. Their access had allowed them to read emails and files of dozens of members, including many serving on the House Permanent Select Committee on Intelligence and the House Committee on Foreign Affairs.

House Democrats have been nonchalant about the allegations, with some saying it was just a misunderstanding or the Capitol Police framed the Awans due to Islamophobia.

But official documents, court records and multiple interviews suggest the crew may have engaged in tax fraud, extortion, bankruptcy fraud and insurance fraud and the money could have been funneled overseas. Abid has hired high-profile attorney James Bacon who specializes in anti-money laundering litigation.

The Awans share modest homes, drive unremarkable cars and report little in the way of assets on congressional disclosures. The family owns significant amounts of Virginia rental properties, which are heavily financed, with second mortgages sometimes taken out. It’s unclear where the rental income goes because the Awans insist tenants pay in odd ways.

The Daily Caller News foundation interviewed multiple current and former tenants who said Imran insisted rent be paid in untraceable ways. Many of those TheDCNF interviewed about the Awans asked not to be identified for fear of suffering retaliation by the family, particularly renters to whose homes Imran has keys.