In their letter, the Judiciary Committee members express concern that the directive given to Special Counsel Robert Mueller is narrow in scope and many concerns arising out of the 2016 presidential election and its aftermath are not being investigated.

The members call for the appointment of a second special counsel to investigate grave concerns such as former Attorney General Lynch’s directive to former FBI Director Comey to mislead the American people on the nature of the investigation into former Secretary Clinton; the FBI and Justice Department’s investigative decisions related to the Clinton email investigation, including the immunity deals given to potential co-conspirators; selected leaks of classified information that unmasked U.S. persons incidentally collected upon by the intelligence community; and the FBI’s reliance on “Fusion GPS” in its investigation of the Trump campaign, among many others issues.

Full text of today’s letter is available here and partially below.

They are detailed below.

As written for the Judiciary Committee:

We call on a newly appointed special counsel to investigate, consistent with appropriate regulations, the following questions, many of which were previously posed by this Committee and remain unanswered:

You have the ability now to right the ship for the American people so these investigations may proceed independently and impartially. The American public has a right to know the facts – all of them – surrounding the election and its aftermath. We urge you to appoint a second special counsel to ensure these troubling, unanswered questions are not relegated to the dustbin of history. 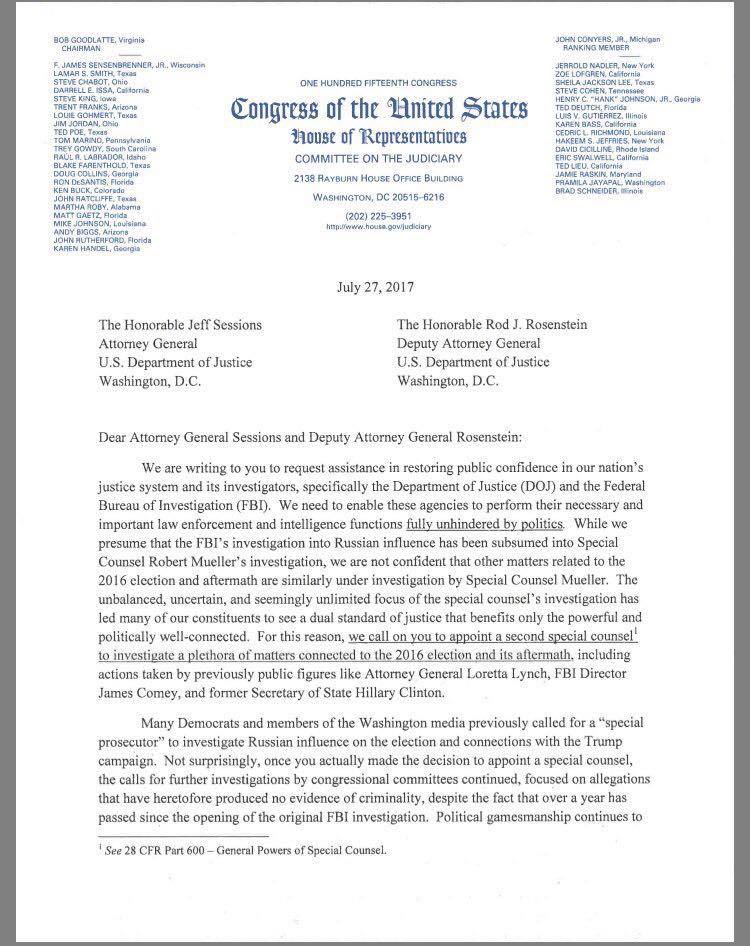