“Comedian” Michelle Wolf went too far in her portion of the White House Correspondents Dinner, namely targetting White House Press Secretary Sarah Sanders. Going as far as to state that she’s a disappointment to white women.”

Aren’t these people suppose to be crusaders of women? To hold one like Sanders up and say “look at what she has achieved” but they don’t do that if you’re a Conservative woman. Instead, they’ll gladly and gleefully attack those they’ve sworn to protect and this Dinner proves it. It seems like you could cure cancer and if you vote Republican, namely Trump, they don’t care… you’re free game.

We could easily stoop that low with Michelle Wolf, you know? We could easily say that she looks like a reject from a Carrot Top reality show where participants are graded on how much they look like Carrot Top… but we won’t go there, will we? 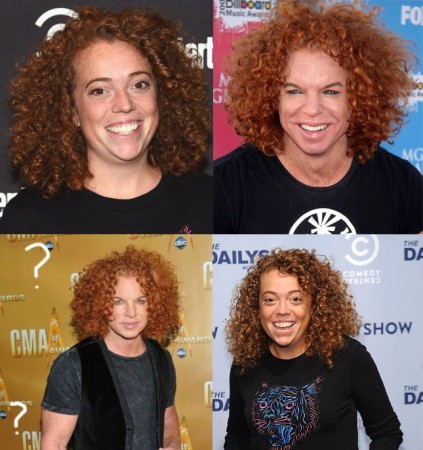 But what REALLY got me was far the Twittersphere and its agents of hate went and continued to support Wolf and how it’s comedy and everything is free reign but the very idea seemingly would set back their whole agenda 50 years.

What journalism is now is a gross perversion of what it’s supposed to be. The more influence political parties have over the media, the higher probability that those parties will inevitably be weakened by the media. It’s crystal clear today. Despite the left-leaning Twittersphere trying to call it “free speech” it seems like those on the left always go for how a woman looks, you know?

Wolf’s routine was raunchy and controversial at times, including one joke about abortion that visibly unsettled the crowd, and uncomfortably personal attacks on White House staffers present.

‘It’s 2018 and I am a woman so you cannot shut me up. Unless you have Michael Cohen wire me $130,000,’ said Wolf, referencing the Stormy Daniels controversy.

Wolf also addressed Trump’s absence head-on. ‘I would drag him here myself, but it turns out that the president of the United States is the one p***y you’re not allowed to grab,’ said Wolf, best known from her work on the Daily Show.

The room grew quiet and groans were heard as Wolf directed harsh jokes at White House Press Secretary Sarah Huckabee Sanders, who was sitting just feet away, including attacks on her appearance.

‘I have to say I’m a little starstruck, I loved you as Aunt Lydia in A Handmaid’s Tale. Mike Pence, if you haven’t seen it you would love it,’ said Wolf, turning to Sanders, who had been graciously thanked for her work earlier in the evening by White House Correspondents’ Association President Margaret Talev.