Kid Rock, birth name Robert Ritchie, has decided to put his bid for the Senate aside and instead focus on getting people registered to vote. He’s still “exploring” the idea of a run but has decided to setup a nonprofit the goal of which will be to promote voter registration at several locations such as his shows. 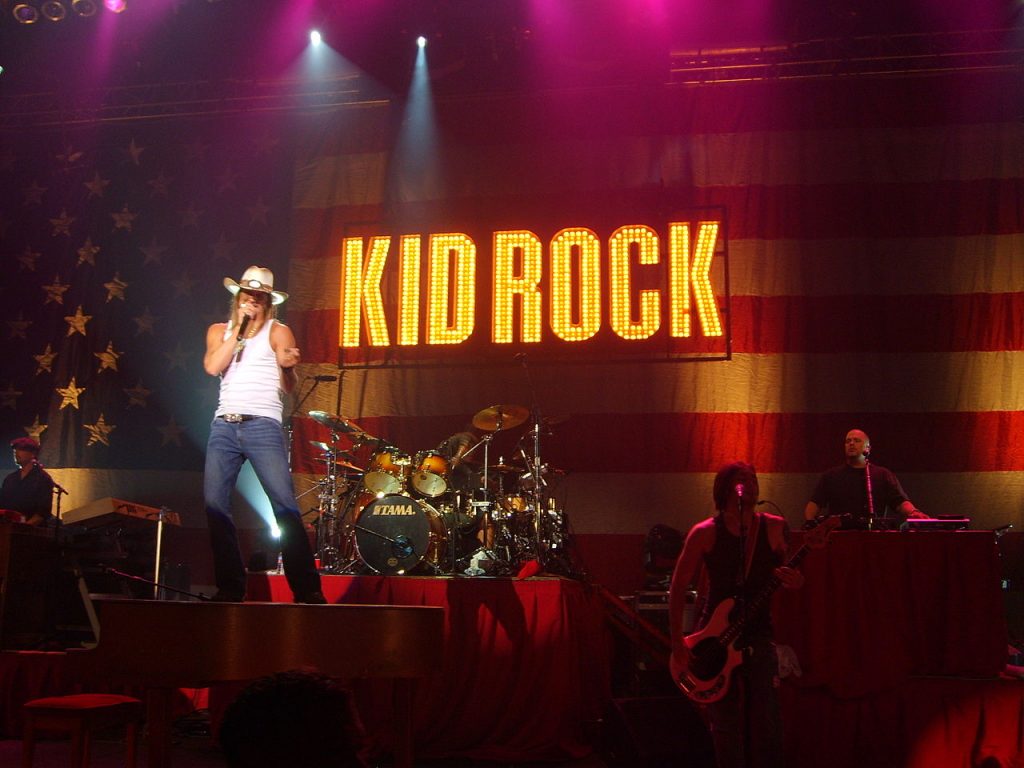 Some media outlets have speculated that this is all just a publicity stunt to help further his career but Rock went on the record saying that he has “no problem selling Kid Rock shirts and yes, I absolutely will use this media circus to sell/promote whatever I damn well please.”

Rock then went on the offensive saying that politicians do the same thing, “they just feed you a bunch of bulls**t about it.” and took it a step further saying that all merchandise sales will currently go to this voter registration effort.

When my name was thrown out there for US Senate I decided to launch kidrockforsenate.com. I was beyond overwhelmed with the response I received from community leaders, D.C. pundits, and blue-collar folks that are just simply tired of the extreme left and right bulls**t. As part of the excitement surrounding this possible campaign, I decided to take a hard look to see if there was real support for me as a candidate and my message or if it was just because it was a fresh news story. The one thing I’ve seen over and over is that although people are unhappy with the government, too few are even registered to vote or do anything about it. We have over a year left until an actual election, so my first order of business is to get people engaged and registered to vote while continuing to put out my ideas on ways to help working class people in Michigan and America all while still calling out these jackass lawyers who call themselves politicians.